There’s nothing like going to a brand new location to take photographs and thinking you have some really great new material.  Over the years though, I’ve learned to quell the thoughts of, “These are going to be some great photos!” until I get home and look at them on my monitor.  Far too many times I have been let down by a set of images that had so much promise while I was taking them.  It’s all a part of the process though.

On my most recent trip to Assateague Island National Seashore in Maryland, I had the intentions of shooting the night sky.  The forecast had clear skies, but temperatures in the low 20’s.  Still, cold nights usually provide sharper night photos of the sky and Milky Way since the air tends to be dryer.  With dryer air, you have less water to refract and reflect light.

I arrived early enough to get an idea for locations and practice some more light painting.  I have ideas, but in order for it to come to fruition, I need to develop a skill set.  So practice time it was.  Thankfully I had another photographer, JJ Bowen, with me that was happy to oblige.    Here are some of the shots I liked, and plan on using in a star trail photo down the line. 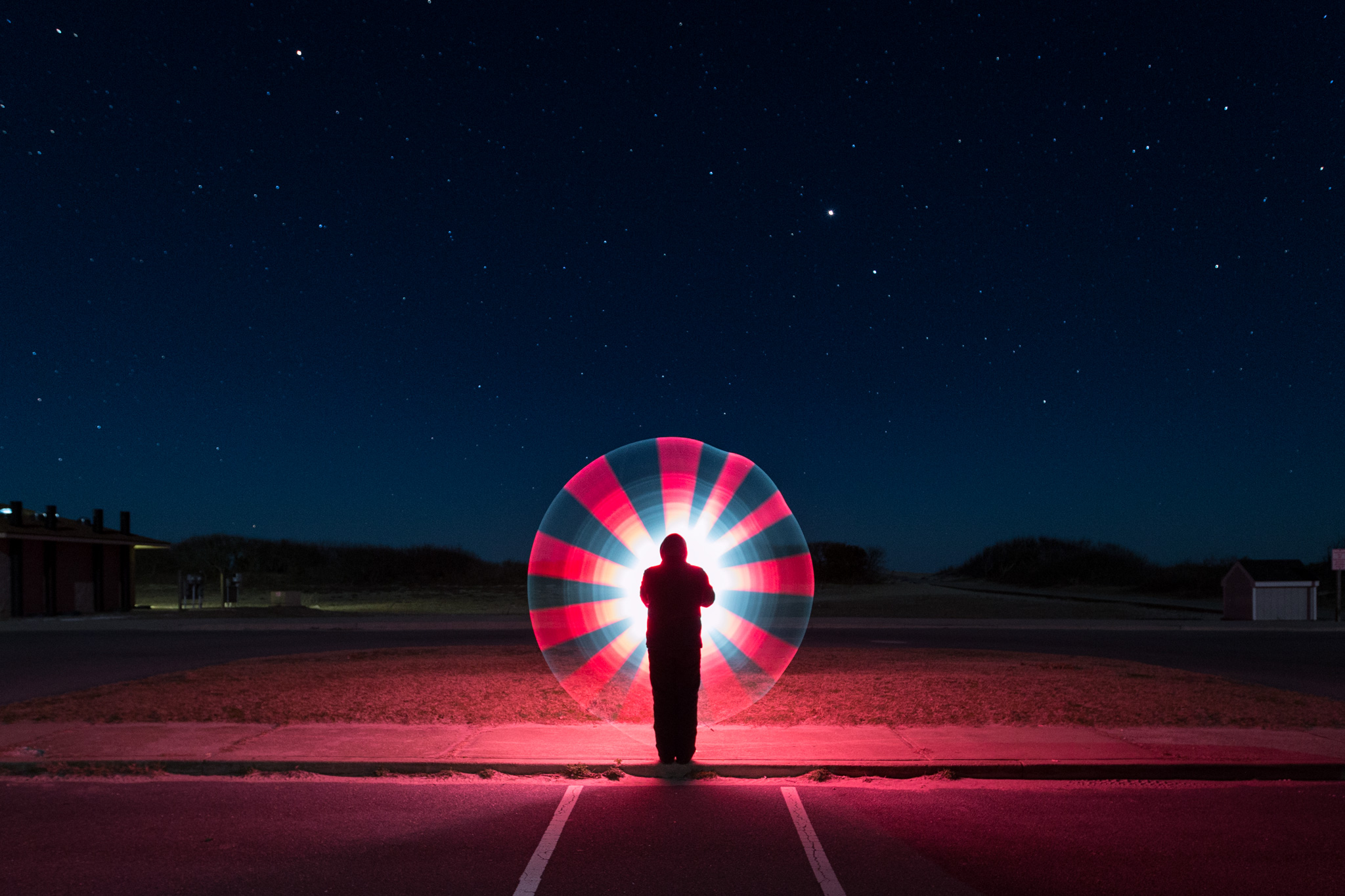 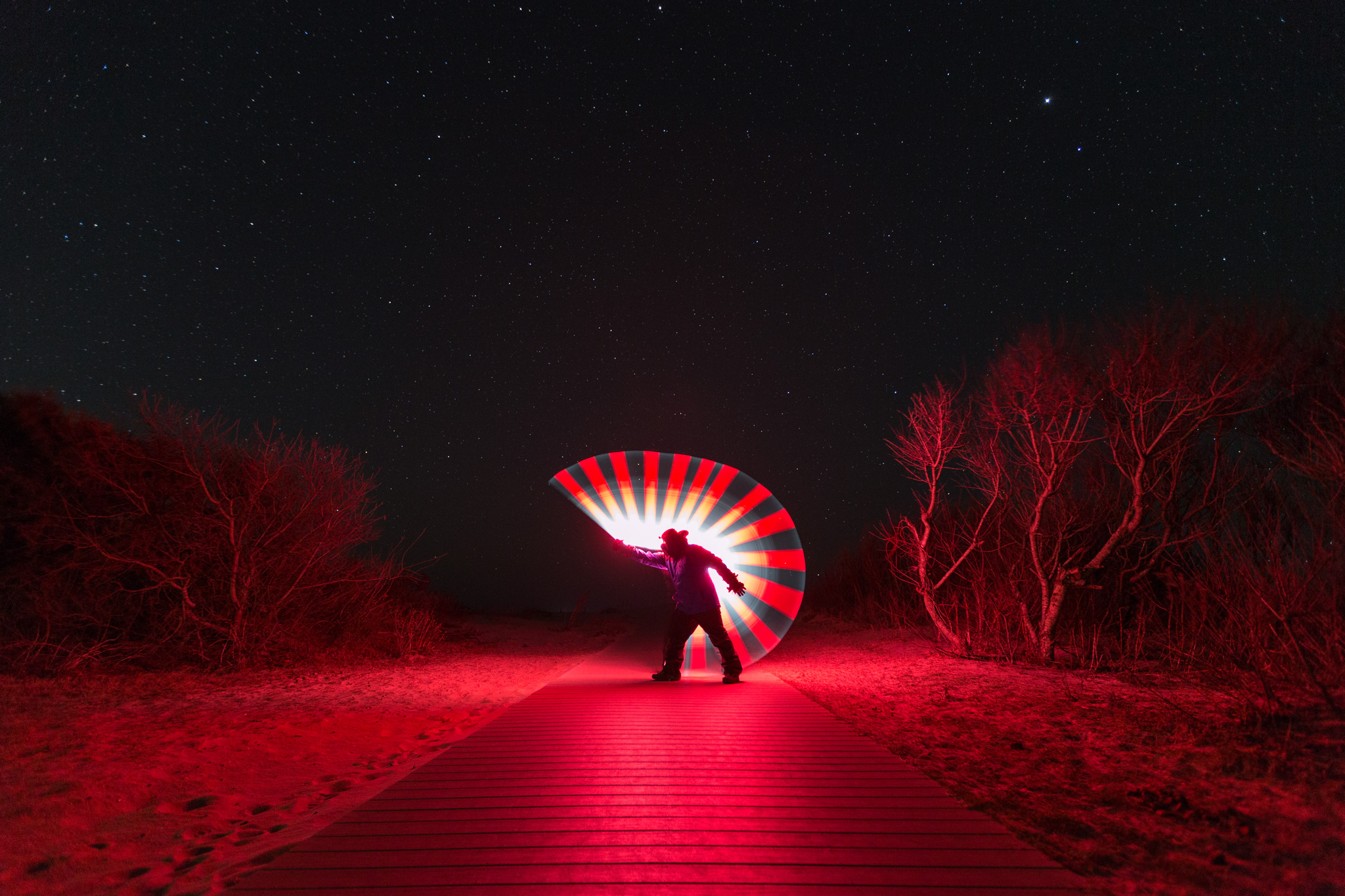 This pose will certainly be used down the line. 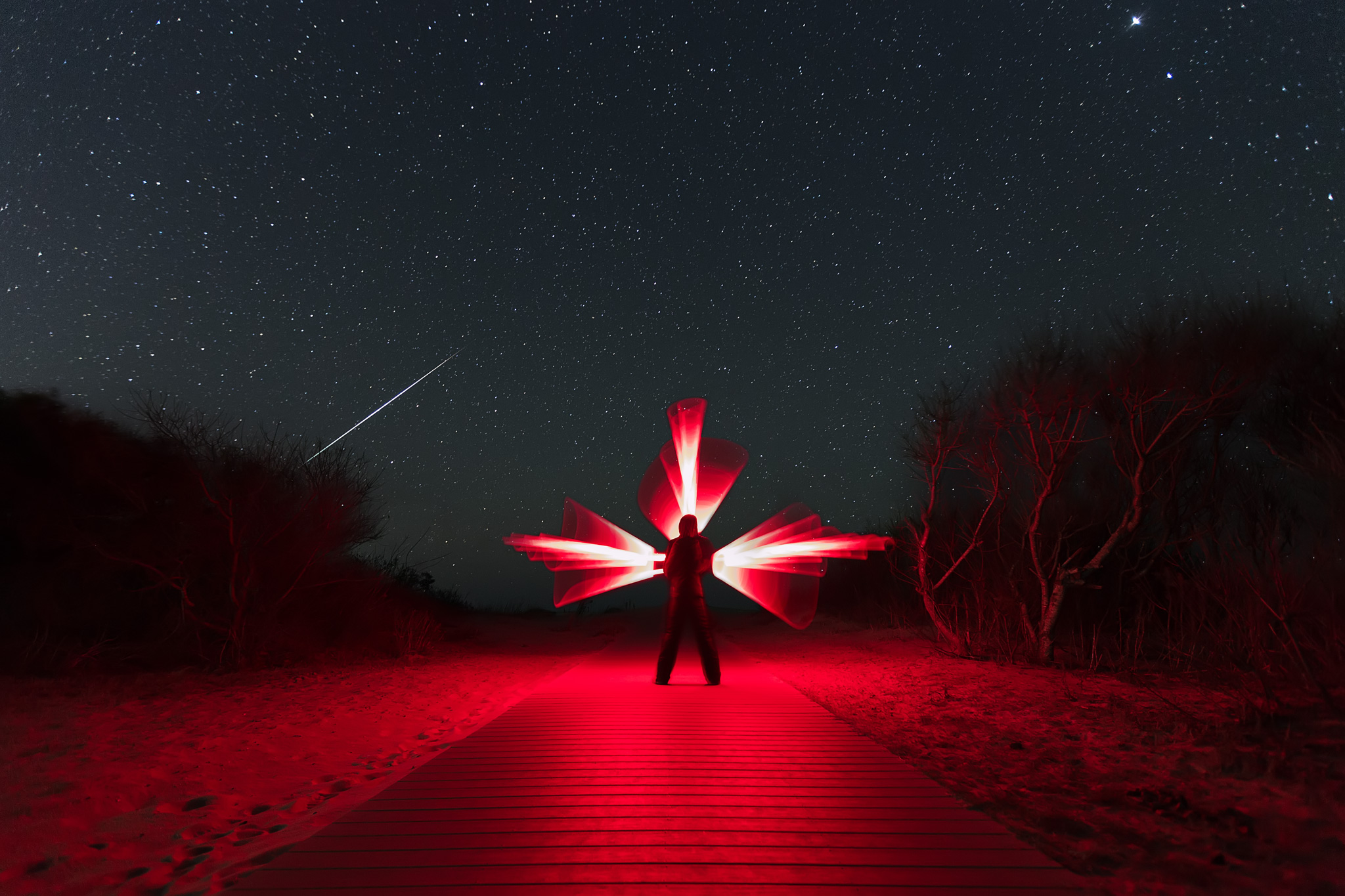 This is the keeper shot I decided to keep.  This meteor was so very bright, and was the longest streaking one I saw the entire night. And there were a good amount flying by.  It was after this shot that I had set up my camera in two locations for star trails.  What I usually do, is set everything up and just camp out right by the camera, but it was just too cold and windy.  Back to the cars to huddle away from the wind.  Something went wrong in the 3 hours of taking photos and the photos just didn’t work out.  I still don’t know if it was a camera error, my error, or a combination of both.  I had some great ideas planned, that will just have to wait for the next night adventure. 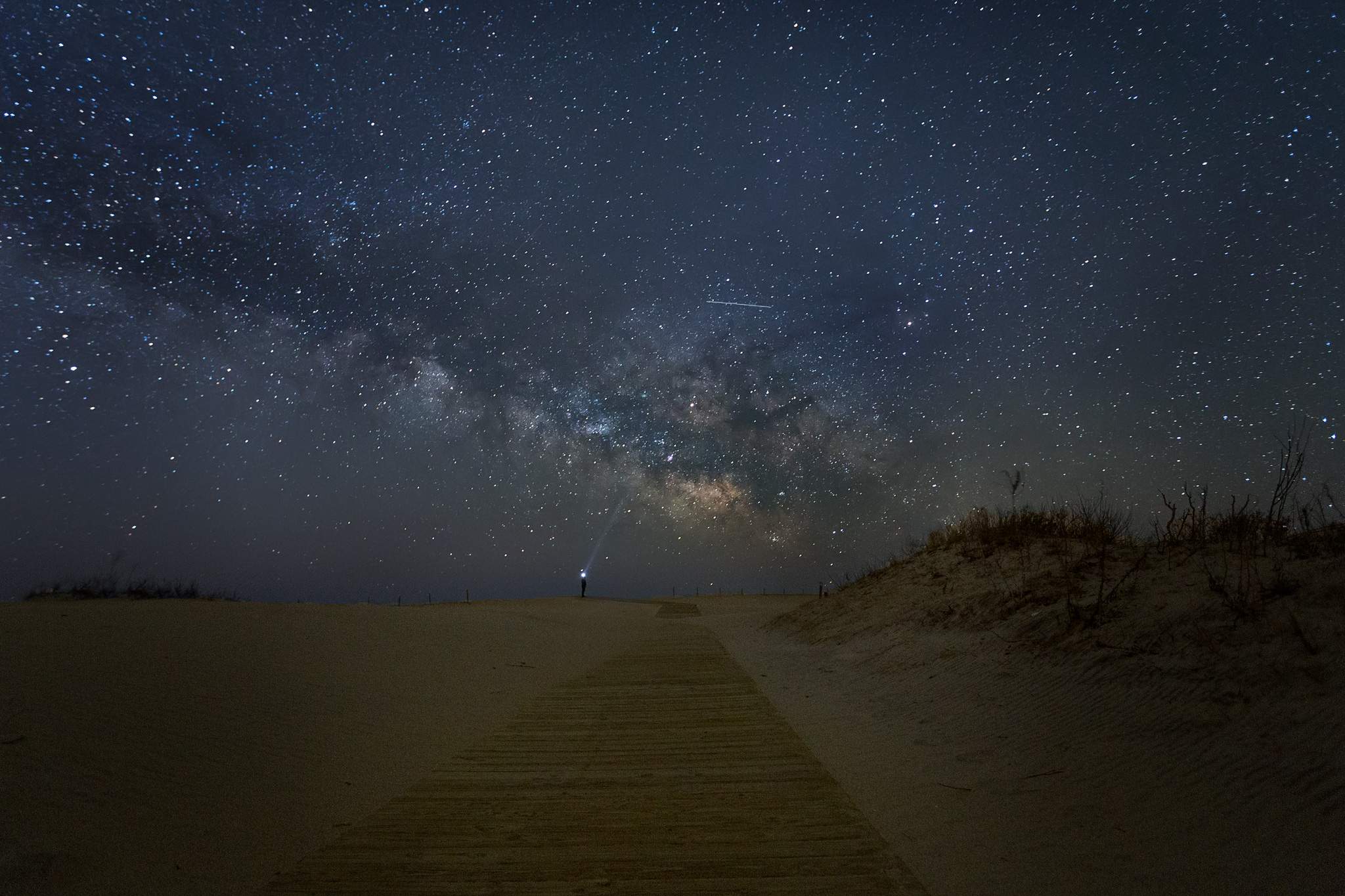 After what I thought were two successful locations, the Milky Way was up and it was time to hunt for some compositions.  First up, a minimal one.  If you viewing this on a phone, you may not see the tiny person (JJ Bowen) at the horizon. 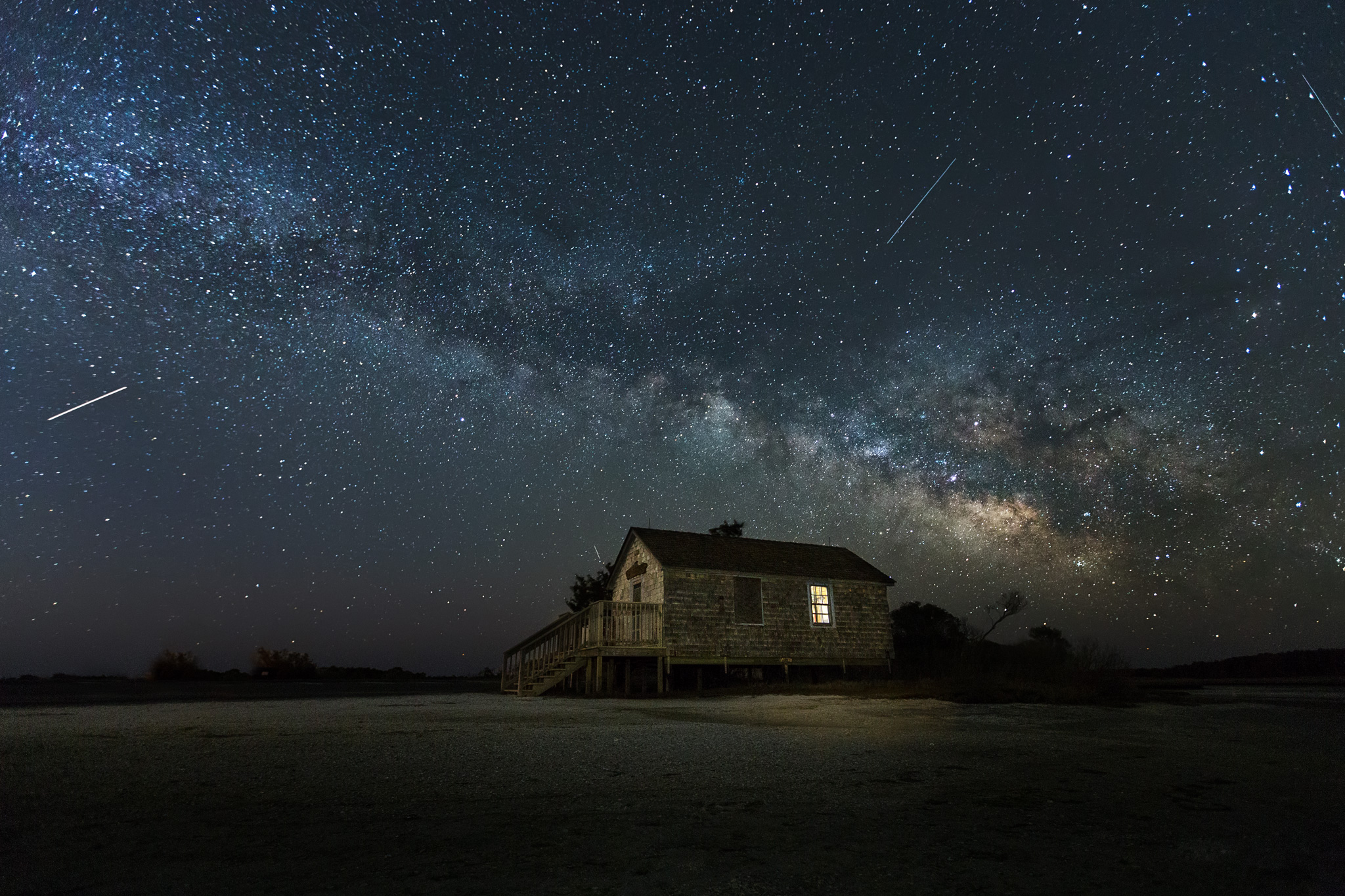 Hands down, my favorite shot of the night.  6 hours of driving, 8 hours of standing out in the 20 degree painfully cold weather, 3 hours wasted on 2 failed shots.  It was a rough night, but I think this makes it worth it all.  I even caught the International Space Station, seen on the left side.  If someone asked me to do it all again, in the same conditions, I might not do it though 🙂  It was a rough day of recovery. 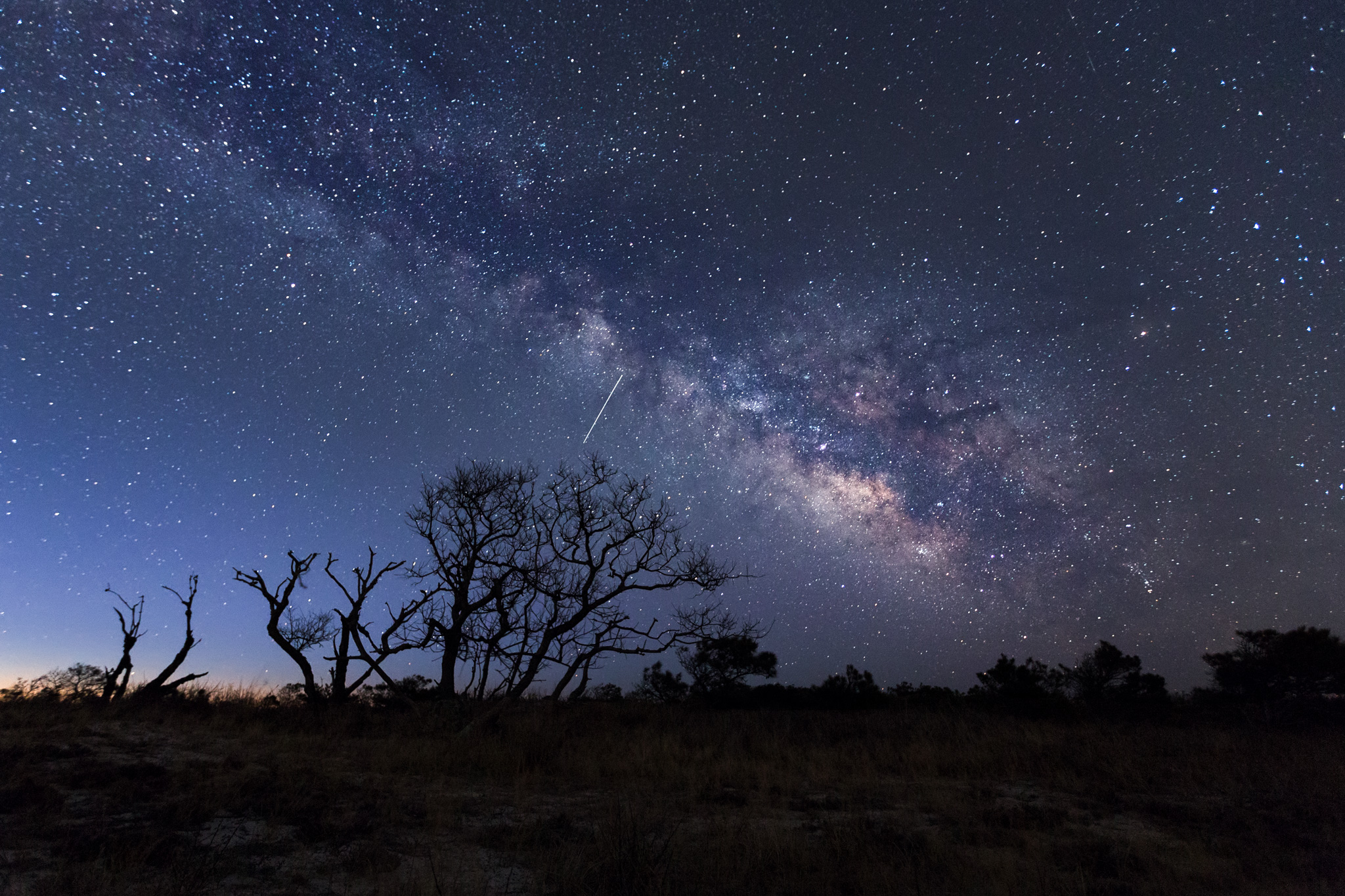 The sun was beginning to break the horizon, but I was able to grab a few more parting shots before the light washed out the night sky. 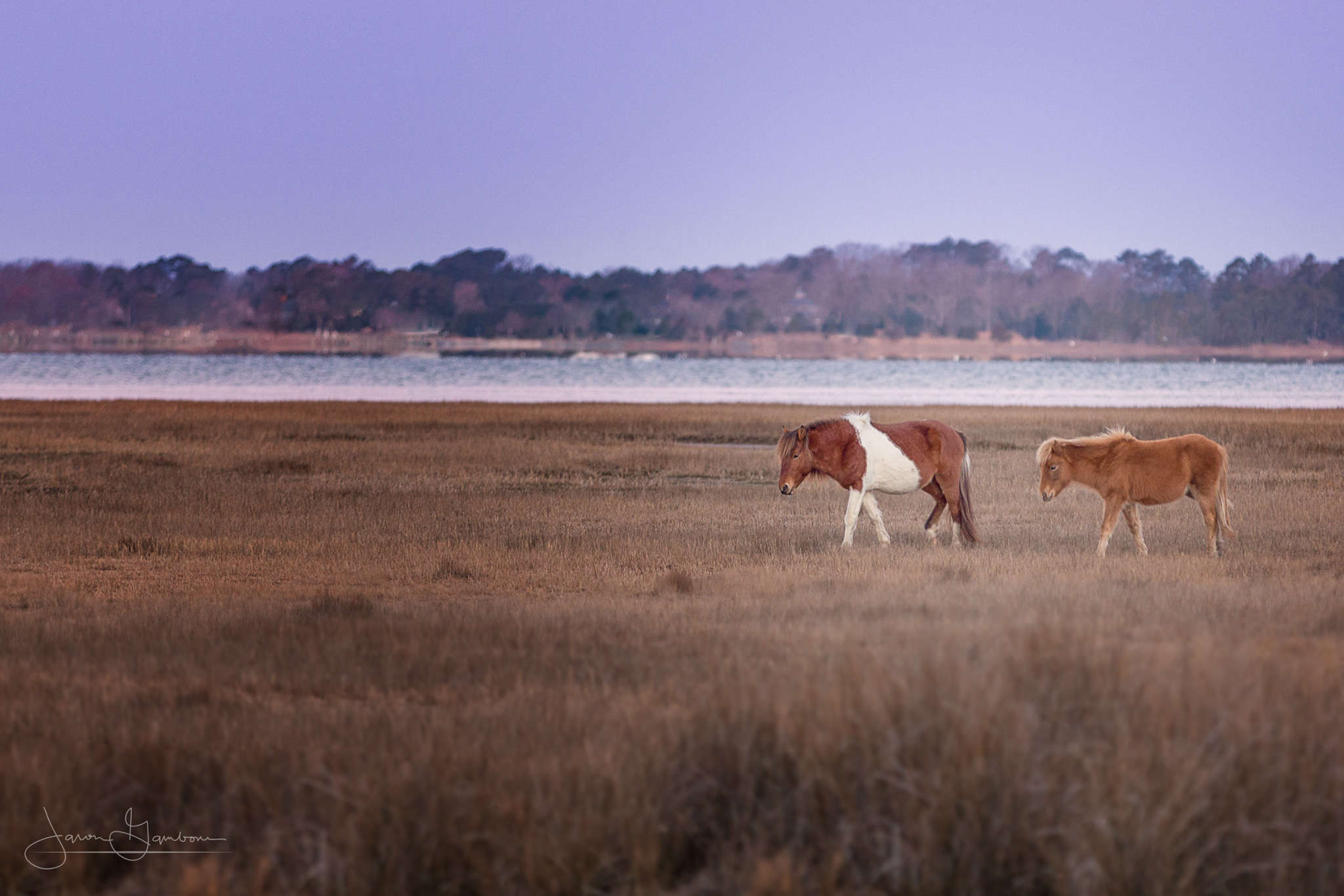 Yes, wild horses.  I was on my way out and I saw a few grazing in the early morning light.   I thought I had enough energy in me to try and get some photos of them, but I was on empty.  I was too cold, hungry and tired.  I’ll just have to go back soon.  So this trip was a mixed bag.  But I’ll refer to this quote from a a man that inspires me to keep going: