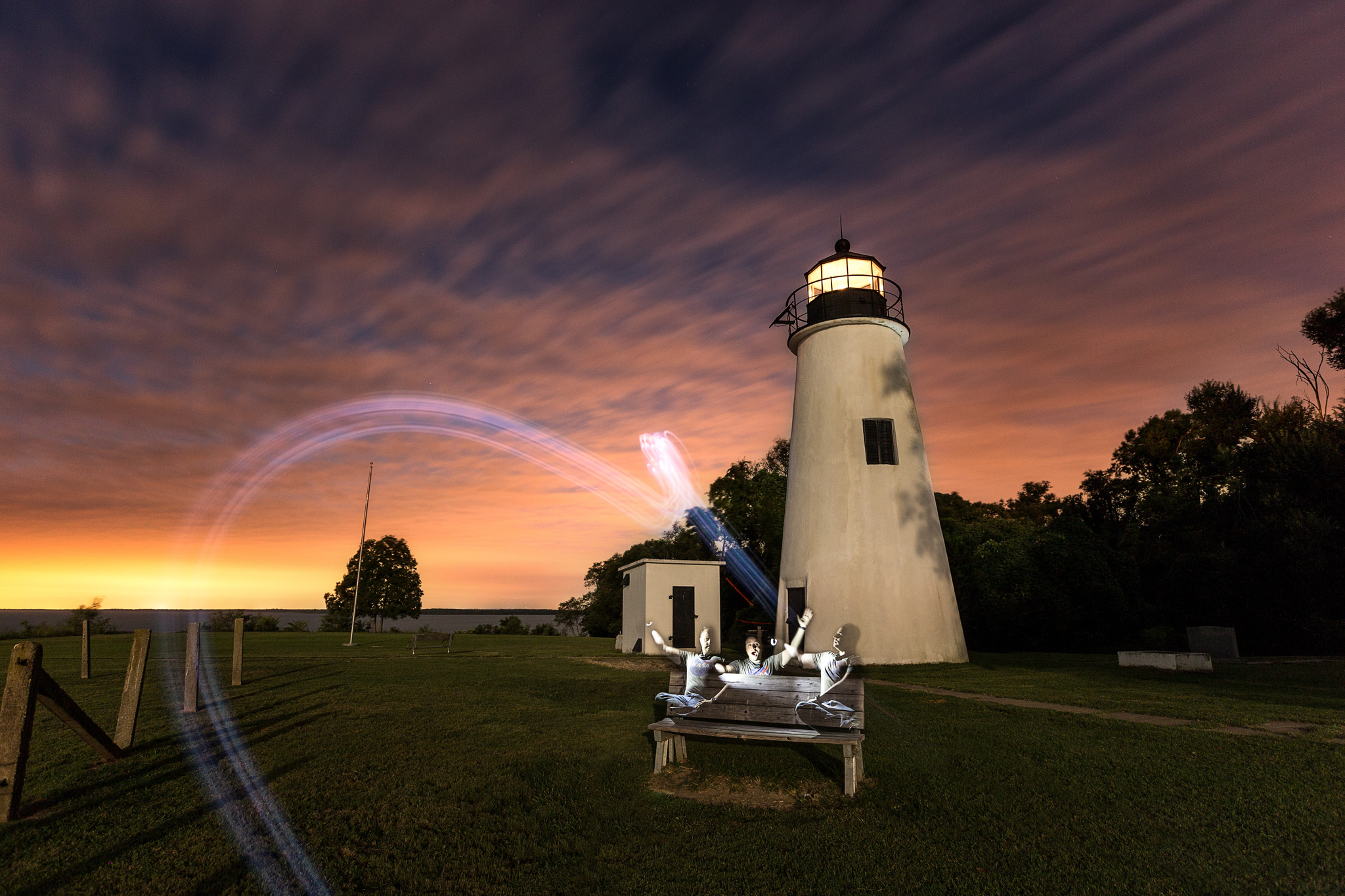 A common technique in night photography is light painting.   During a long exposure, you keep the camera lens open long enough to make darker scenes look brighter.  If you take a light source and move it into the scene you are shooting, it will illuminate whatever section you are aiming at, or the area you are in.  Some people use flashlights, a cell phone, camera speedlite flashes, fireworks, and well… you get the idea.  If it emits light you can use it to create interesting images.  My most recent attempt at this was Friday night, at this light house.  I had the shots I wanted to get, but I still wanted to have some fun.  While I was taking a one minute long exposure, I ran out with a flashlight and tried a few poses at the bench.  If you pass the light slowly over a subject, aka light paint, those parts of that subject will appear in the photo.  But anything that isn’t lit up completely just won’t show up.  That’s why I seem a bit ethereal in this photo.  I’m starting to get a better idea how to light paint correctly. 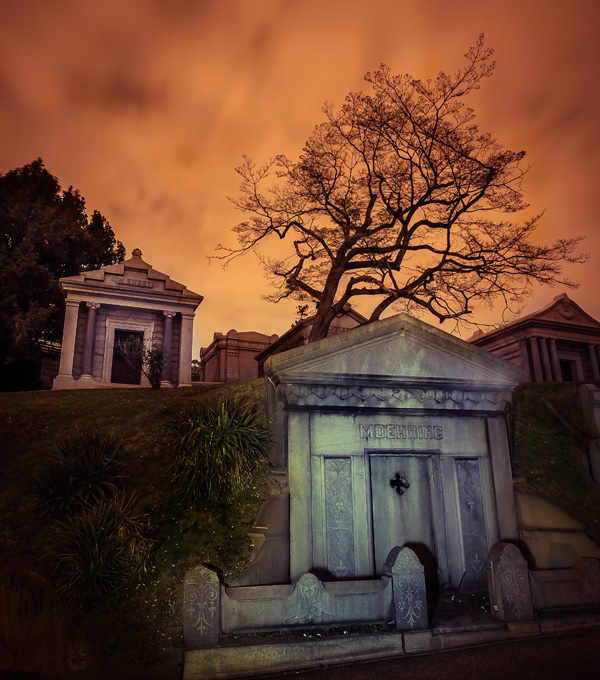 First things first, I need to confess.  I really didn’t like light painting AT ALL. I felt as if the light was just too unnatural looking.  When I went out with other people that wanted to light paint, it still wouldn’t look right to me.  With the above shot, a flashlight was used by someone standing behind their camera on a tripod.  It looks ok, but I just had a gut feeling that it could look so much cooler if we placed a light source somewhere else, at an angle, or hidden in the scene. 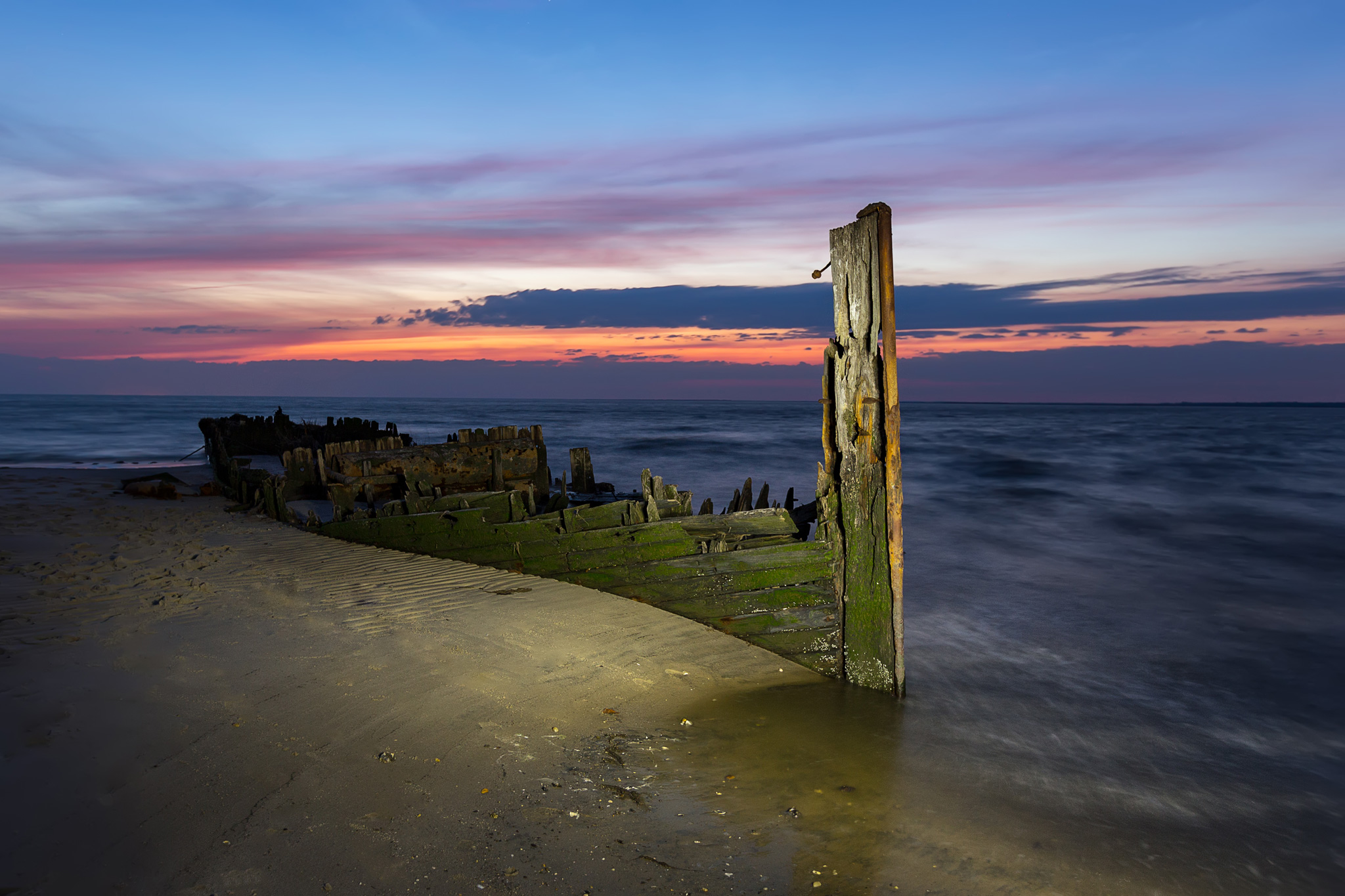 Yet another shot that was lit up from almost directly behind the camera.  This time I was standing off to the side while someone else lit the scene up.  Unfortunately,  when you’re out taking photos of the sunset or sunrise, you really have no time to get creative.  You may have a small window of time, but those colors fade fast!  There’s little time to “get the shot right” by adjusting your camera setting, moving your location, and trying again. 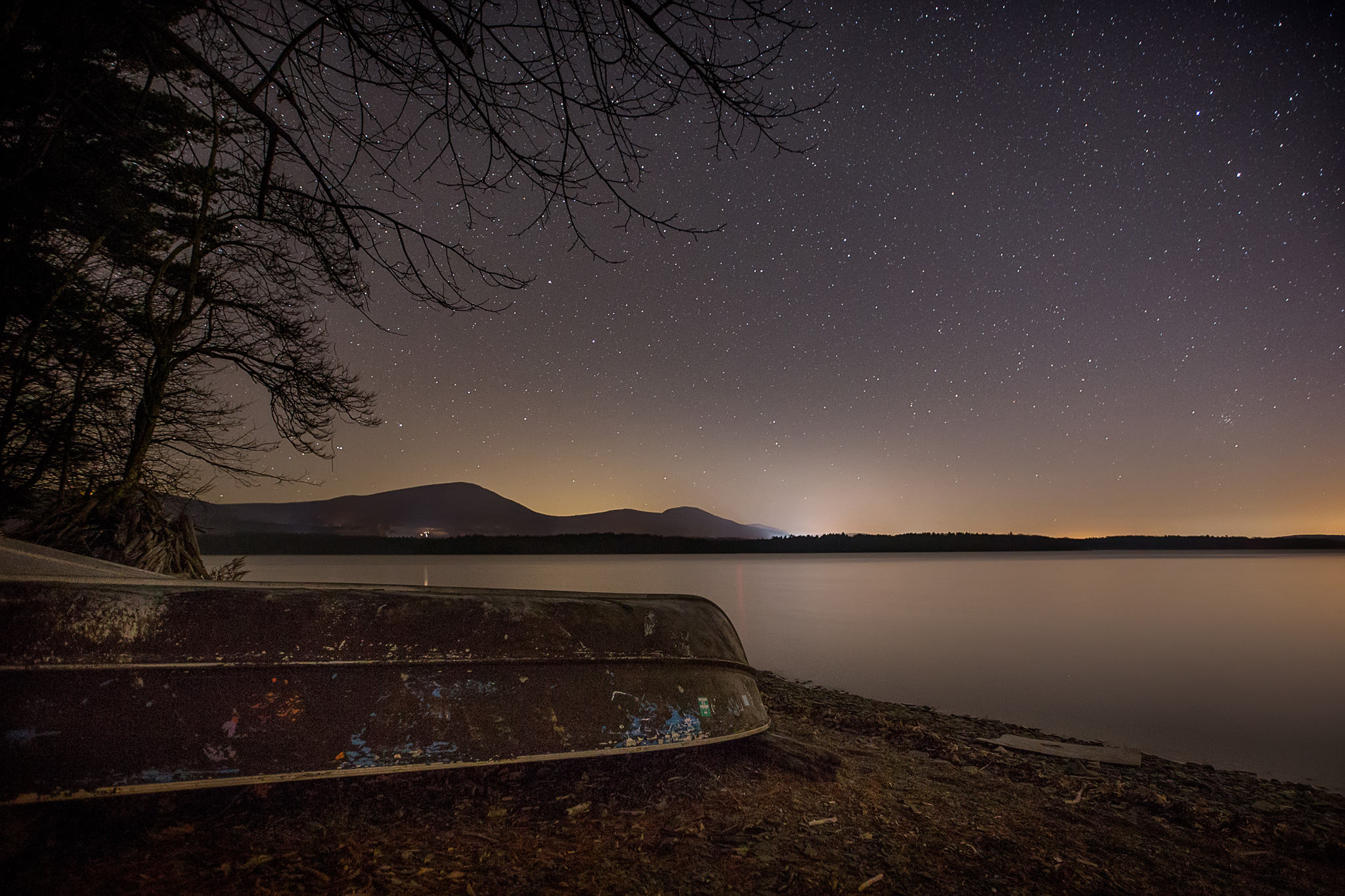 Here in the Catskill mountains of New York there were very dark skies, and very little ambient light.  I was able to light up this canoe and foreground just enough to bring it out, but not distract you from the incredible star-filled sky above. 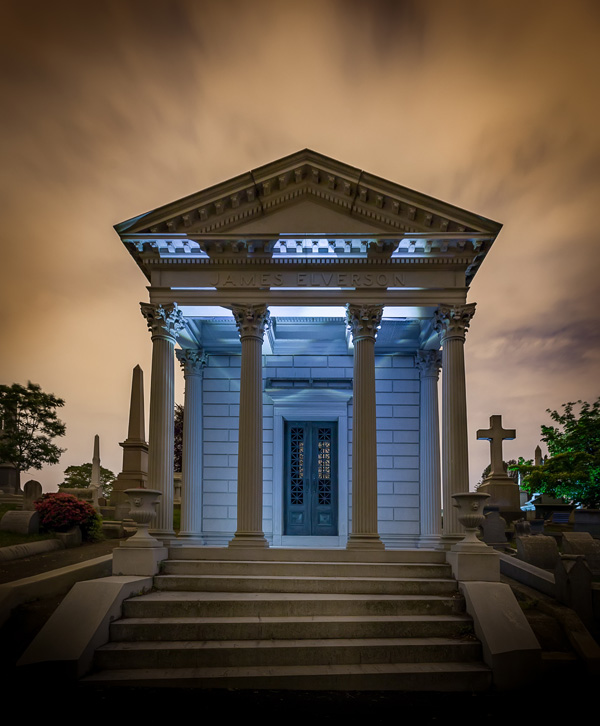 Ah-hah!  It’s starting to click.  This is just one of those images I had pre-conceived before even showing up.  I simply set up two flashlights behind the pillars to light everything up while concealing the light source.  It’s not exactly light painting since I’m not moving the area of light or controlling the length of time that the light is on, but it’s still a creative use of light on a night scene. 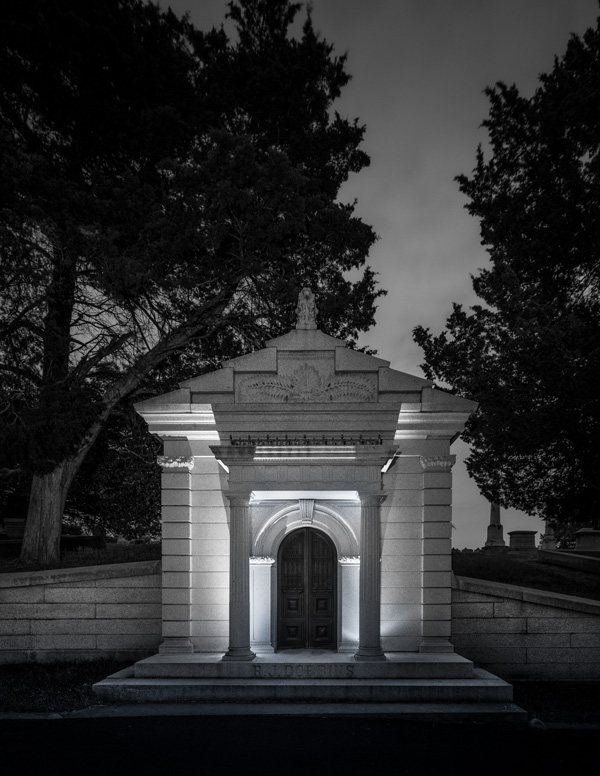 We had permission to tour this graveyard in Philadelphia at night, so I took full advantage of exploring as much as I could.  Again, I like how this indirect light creates atmosphere, even more so in black in white. 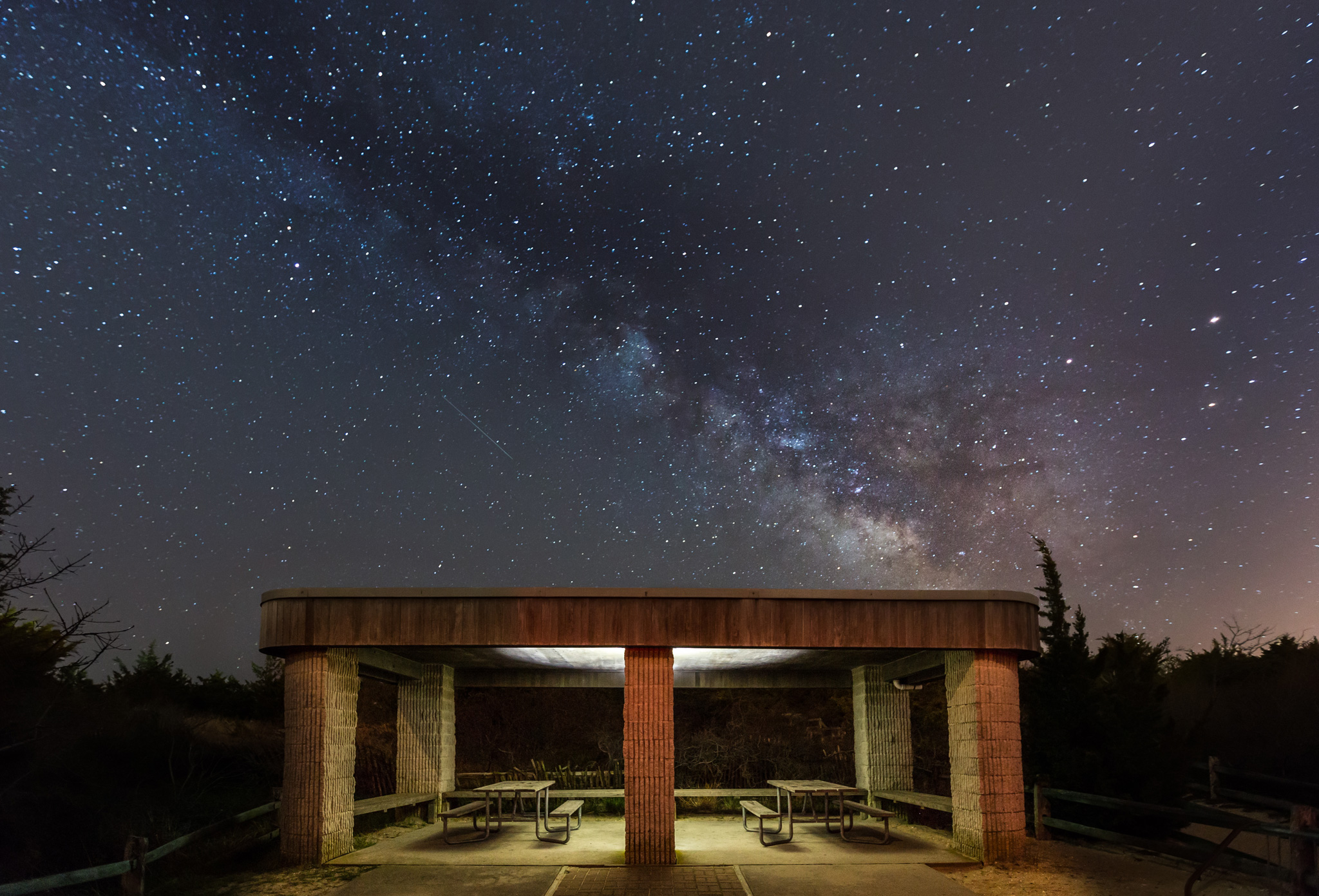 I love it when a plan comes together.  I took what I learned from my tour of the graveyard, and applied it here in Barnegat Light state park.  A simple flashlight behind the center support, and the scene is transformed.

This brings me back to the first photo posted here.  It may look like just a goofy shot of me, and you’d be 50% correct.  I am always trying to learn and teach myself new things.  Even though I was just having some fun, I wanted to try something new to me.  I create new tools for myself, so when I see an opportunity to add something new to a scene I have these experiences to draw on.

Now that the dark season is upon us, I’ll have more opportunities to try out even more techniques.  Some may work, and I expect many to fail.  But at least I’m trying out new things and having fun.  That’s why I got into photography in the first place, to just have fun and possibly show people some unique images.

Thanks for taking the time to read this!  As always, keep an eye out for more, and swing by my Etsy store.  I try and refresh the photos I have listed every month or so.  If there is something you’d like but don’t see it there, let me know and I’ll work with you.

This entry was posted in Adventure, How To, Photography.