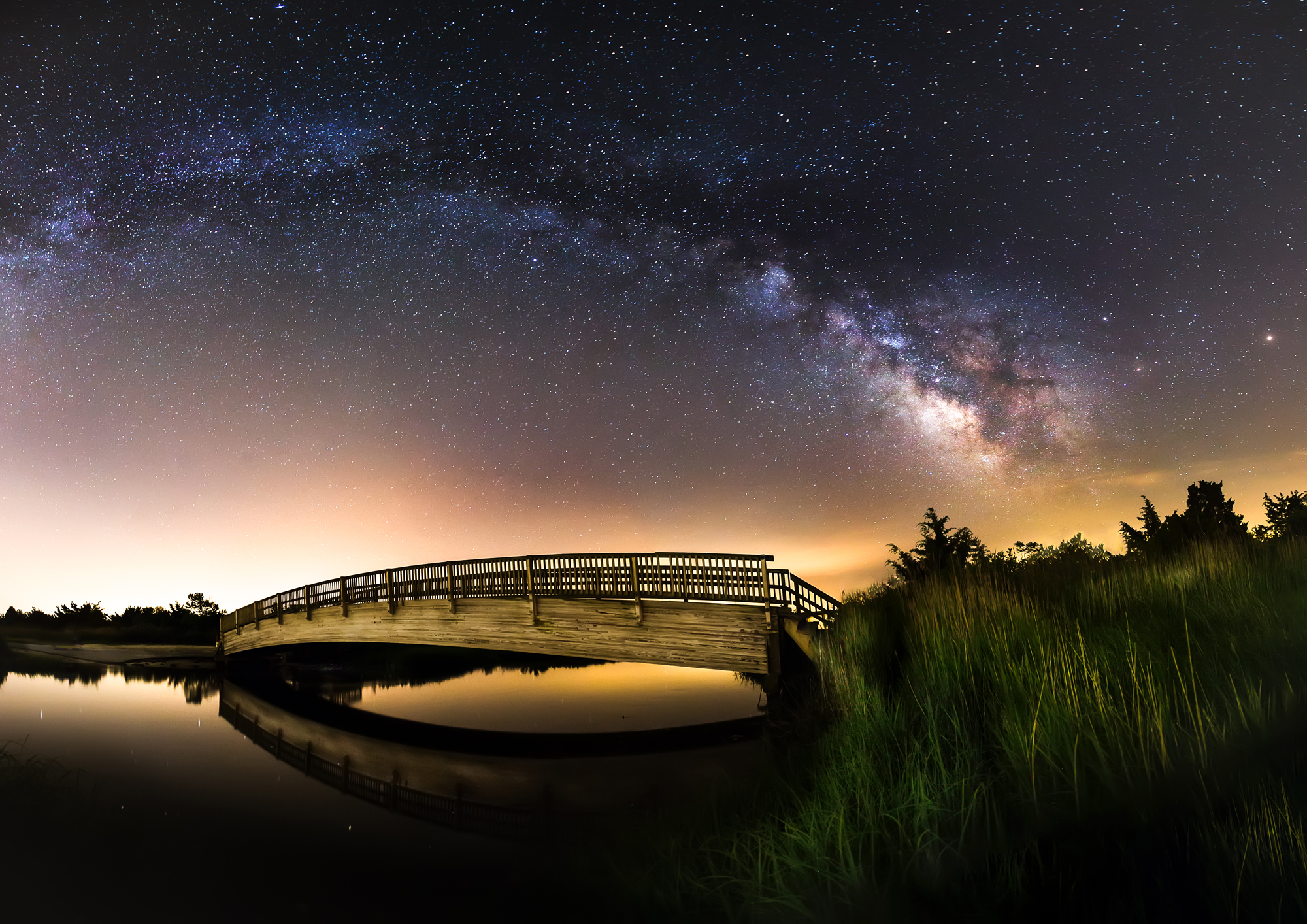 As I closed the car door when I arrived near midnight at this location, I felt like I’ve suddenly shouted something in a calm library.  It was my first time being here, so I was taken aback at how peaceful it was.  Crickets were doing their summer song thing, and even a few nocturnal birds were chattering.  After a quick stretch from being in the car for over an hour, I grabbed my gear and explored the new area.  The spot I wanted to setup in wasn’t easily accessible as there was no path and the marsh grasses were at shoulder height.  The mud along the banks was the needy-love kind.  It would grip onto my boots and not want to let go at all.  With each step I wasn’t sure if I was going in knee deep, but I had to keep moving away from the bridge.

Once I set up the tripod and camera and took my first test shot, I knew it was worth it.  This particular location was something I had spent a good amount of time trying to get things to line up.  I am fairly sure no one photographed the Milky Way here before I did back in June of 2016, so this shot is special to me.  It’s not easy finding unique places in Southern New Jersey to photograph the Milky Way.

Also, welcome to my new weekly posts!  I have decided to post here about twice a month.  It may be an older photo like this one, but eventually there will be new photos again.  Some posts may go behind the scenes a little to describe how it was done, or it may just be a short descriptive story.  It all depends on how I’m feeling.

February just hasn’t a great month to get out and photograph for me.  With Facebook and Instagram changing the way people see things in their news feeds, I have become very discontent with those platforms.  On top of that, I often take a time to write up a nice description to go along with it, so by posting here, it should make things much easier to go back and look at older posts.  I hope…

And as always, thanks for taking the time to swing by and see what I have to share with you.  I have much planned for this year, so stay tuned!