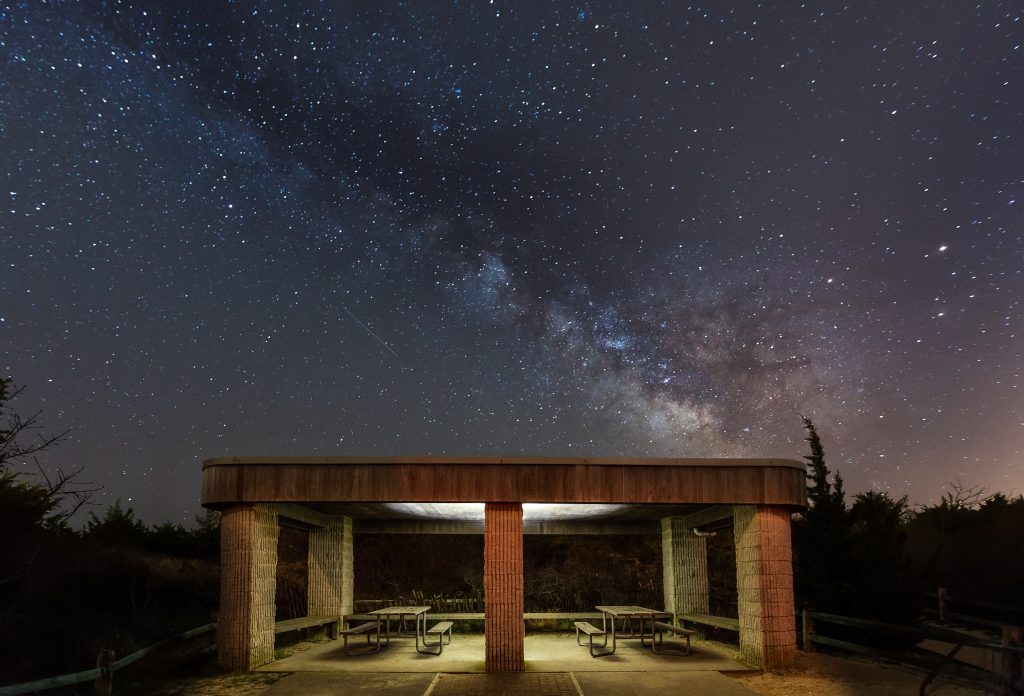 Who’s up for a nice midnight snack under the stars?

One of the most important ingredients in outdoor photography is light.  In my opinion, it’s the primary factor to a good photo.  When the sun sets, you need to use a different set of skills to capture the things that lurk in the darkness.  When shooting the milky way, you don’t want a nearly full moon up in the sky at the same time which is how the night started.  The above shot was taken just before 4am, and the moon was so low in the sky, that the milky way was revealed by the darkness.  I also like trying out new things, so here’s a behind the scenes fun-fact.  I took my flashlight and set it up behind the middle pillar of this picnic area to light it up.  It gave the area a nice and indirect glow. 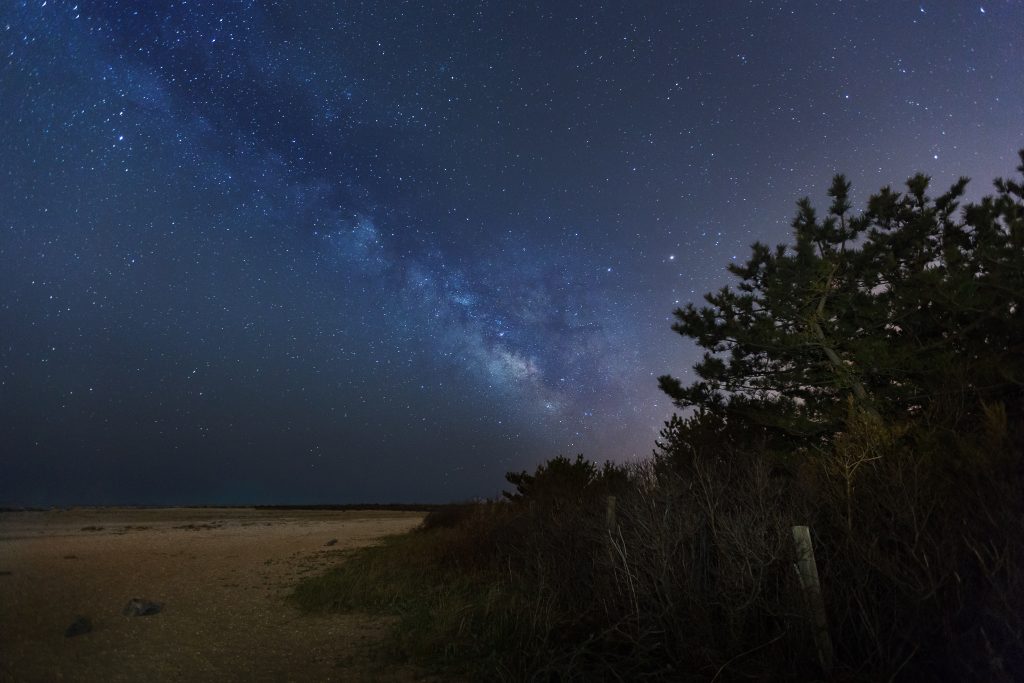 Walking out on a beach, lit up by the moon, with no one in sight can really put life in perspective.  It’s absolutely peaceful and I’ll never get tired of it. 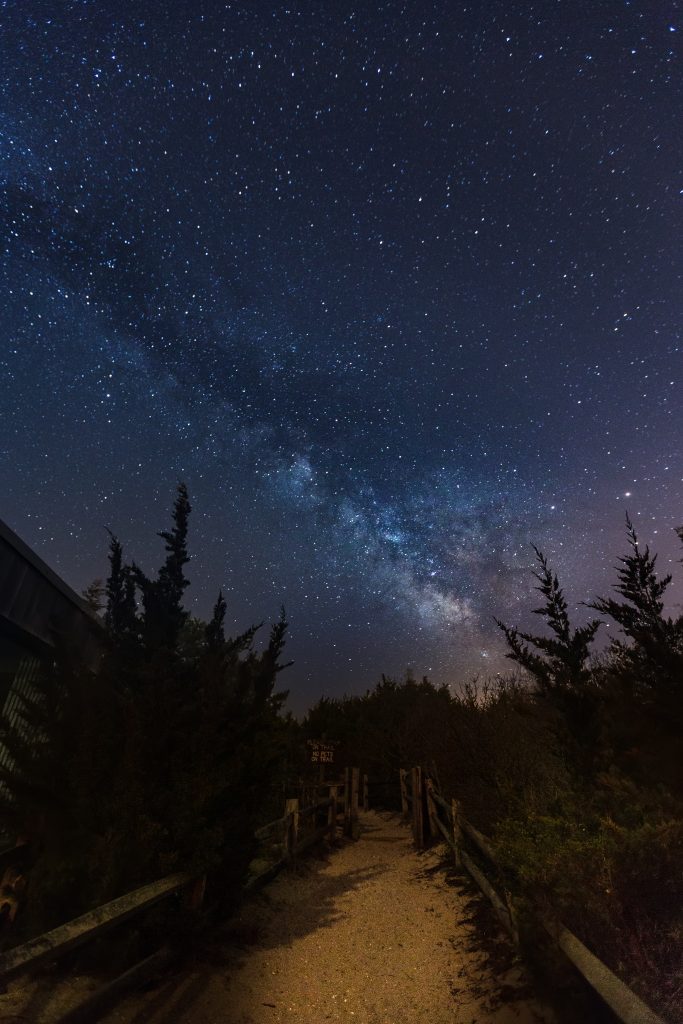 I wonder how many people have walked down this path at night, and will never see the sky like this at night. 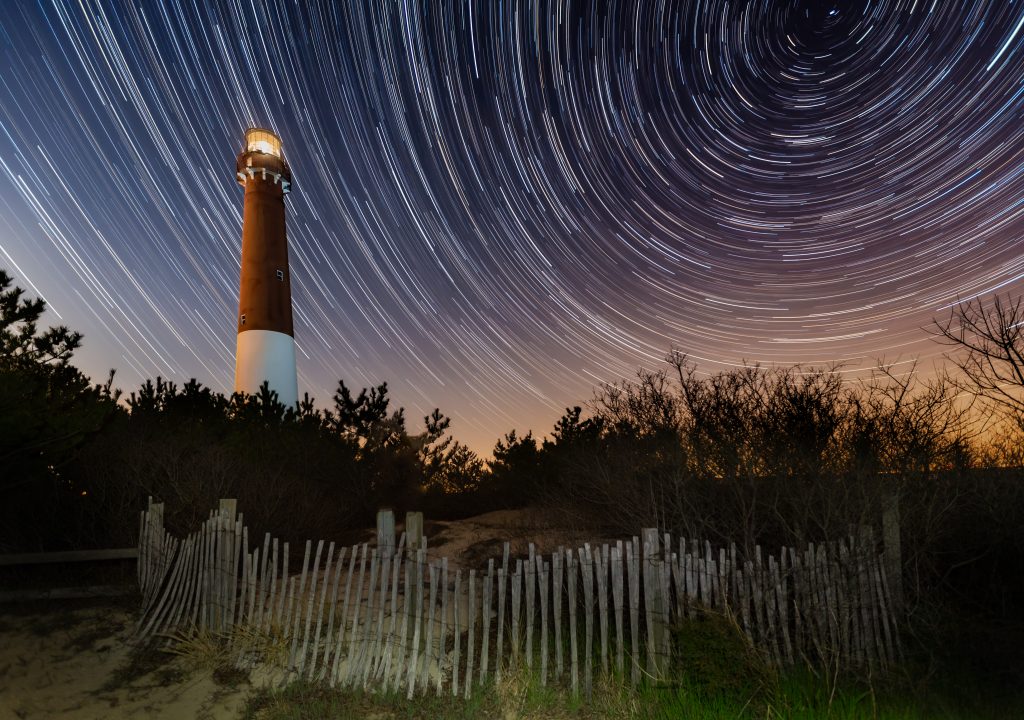 Now here’s the main reason why I came to this location, a lighthouse star trail.  The amount of time that has passed in this shot was around an hour and fifteen minutes.  Each shot was 20 seconds long for a total of just over 300 shots.  I combine all those shots together, and this reveals the path of the stars.  I will be going back to this spot to try out a different angle I have in mind.  I also often have a title for shots I really like.  I had just watched the sci-fi movie “Midnight Special”, and the name stuck with me.  (No spoilers!) If you have seen the movie, you know that light plays an important role in it.  Combine that with the Creedence Clearwater song of the same name.  I had the chorus, “Let the Midnight Special shine a light on me” stuck in my head the entire time.  I knew I had my title then.