The failure that wasn’t. 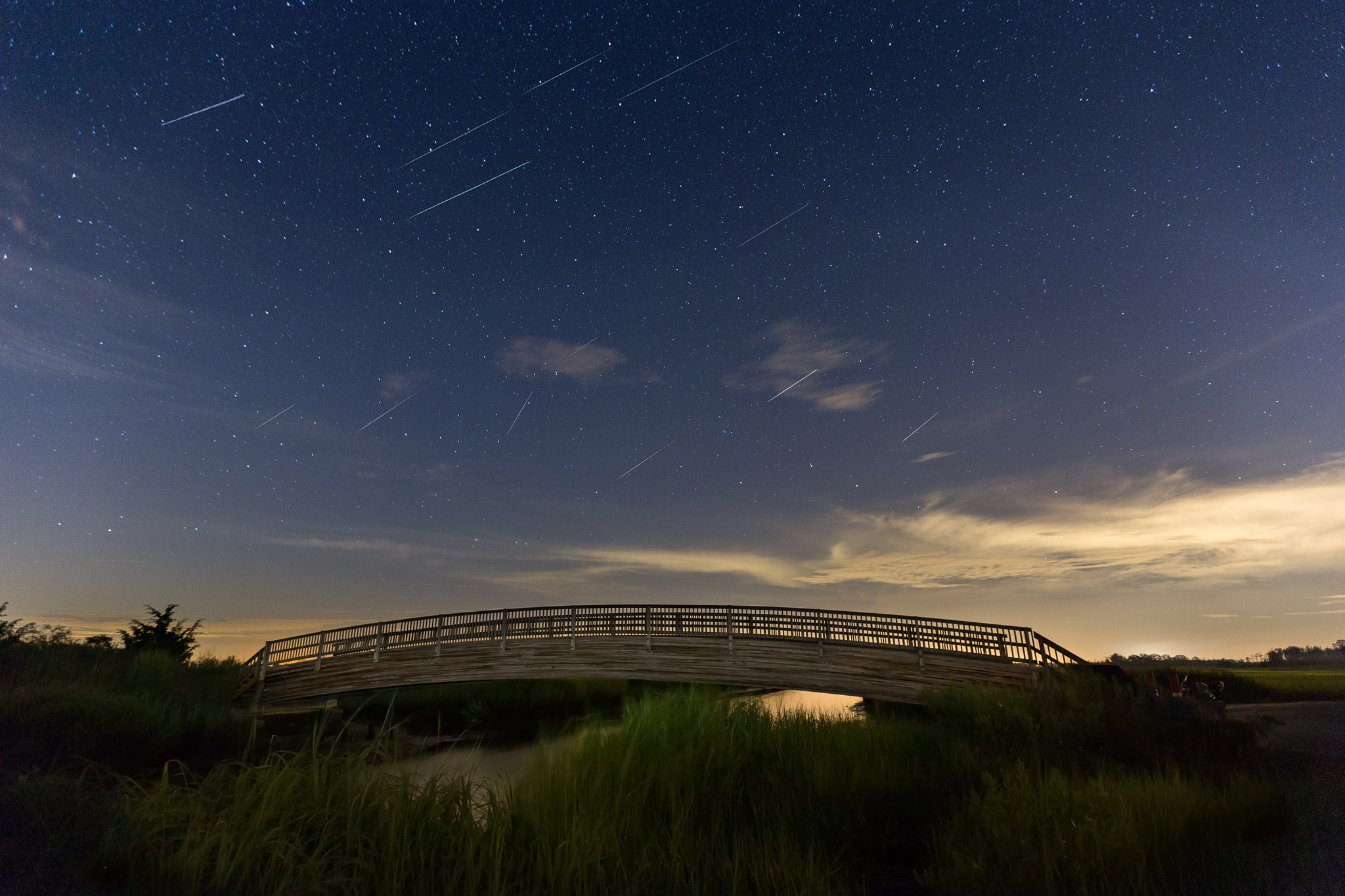 The Perseid’s streak in the sky above a favorite fishing and crabbing bridge in Southern New Jersey.

After nearly five hours of attempting to capture the Perseid meteor showers I had thought the night was a bust.  During the day of August 11th 2016, I was constantly watching the skies, and staring at weather maps.  There were conflicting reports for the amount of nighttime cloud cover.  I had already taken off of work the next day, my gear was ready and I had mentally committed to going so off into the night I went.  I never know what to expect when I pull up to a location in the middle of the night.  This night was different though.  I was surrounded by stargazers.  There were groups of friends, couples and families lined up for the astronomical event.  All which were friendly and eager to strike up a conversation.  I became at ease, and in awe at my surroundings.  Not only did we have the meteors keeping us entertained, but off in the distance to the North were some cloud to cloud lightning that would flash and light up the horizon.  It was quite the spectacle!

I was convinced after doing a quick back of the camera review when I was done that I hadn’t really captured any meteors.  It was among one of the more challenging events I’ve done without a doubt.  Factor in the temperature of 84 degrees and the high humidity, you might see where I was also growing frustrated.   I’m glad I persevered and took the drive.  Even if I didn’t get a good shot, it was an incredible experience.

Now some numbers and facts!  For those curious, the photo above was from 1:00 AM to 1:45 AM.  In that time the 13 streaks of light occurred individually, but I brought them together into one image.  The Perseid meteor shower happens every August. The Earth plows into debris left behind from Comet Swift-Tuttle, which last passed close to Earth in 1992.  Most years, Earth might graze the edge of Swift-Tuttle’s debris stream, where there’s less activity. Occasionally, Jupiter’s gravity tugs the huge network of dust trails closer, and Earth crashes through closer to the middle, where there’s more material.  Perseid meteors are estimated to travel at 133,200 mph and peak temperatures for Perseids are more than 3,000 degrees Fahrenheit. 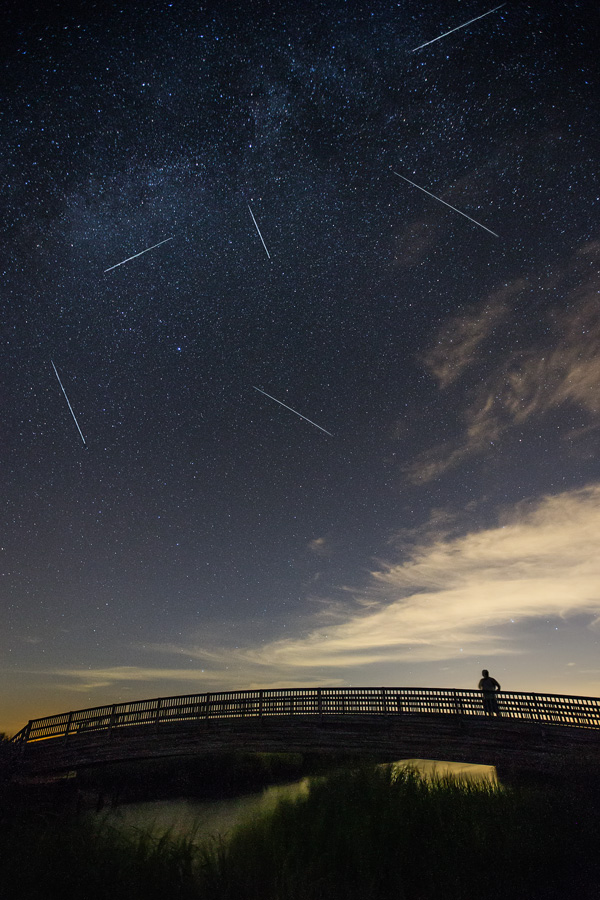 And for this photo, the time was from 2:00 AM to 2:25 AM.  Even though there were clouds around, there was just enough open sky to watch the streaks appear for mere seconds until they were broken down by the Earth’s atmosphere.   I still have another shot I’m working on and it’s a star trail shot that includes the North star.  Keep an eye out for it!

If you’d like a print of one of these shots, you can comment below.  Or stop by my Etsy shop and request one there.  I’ll be creating a new listing there this week.