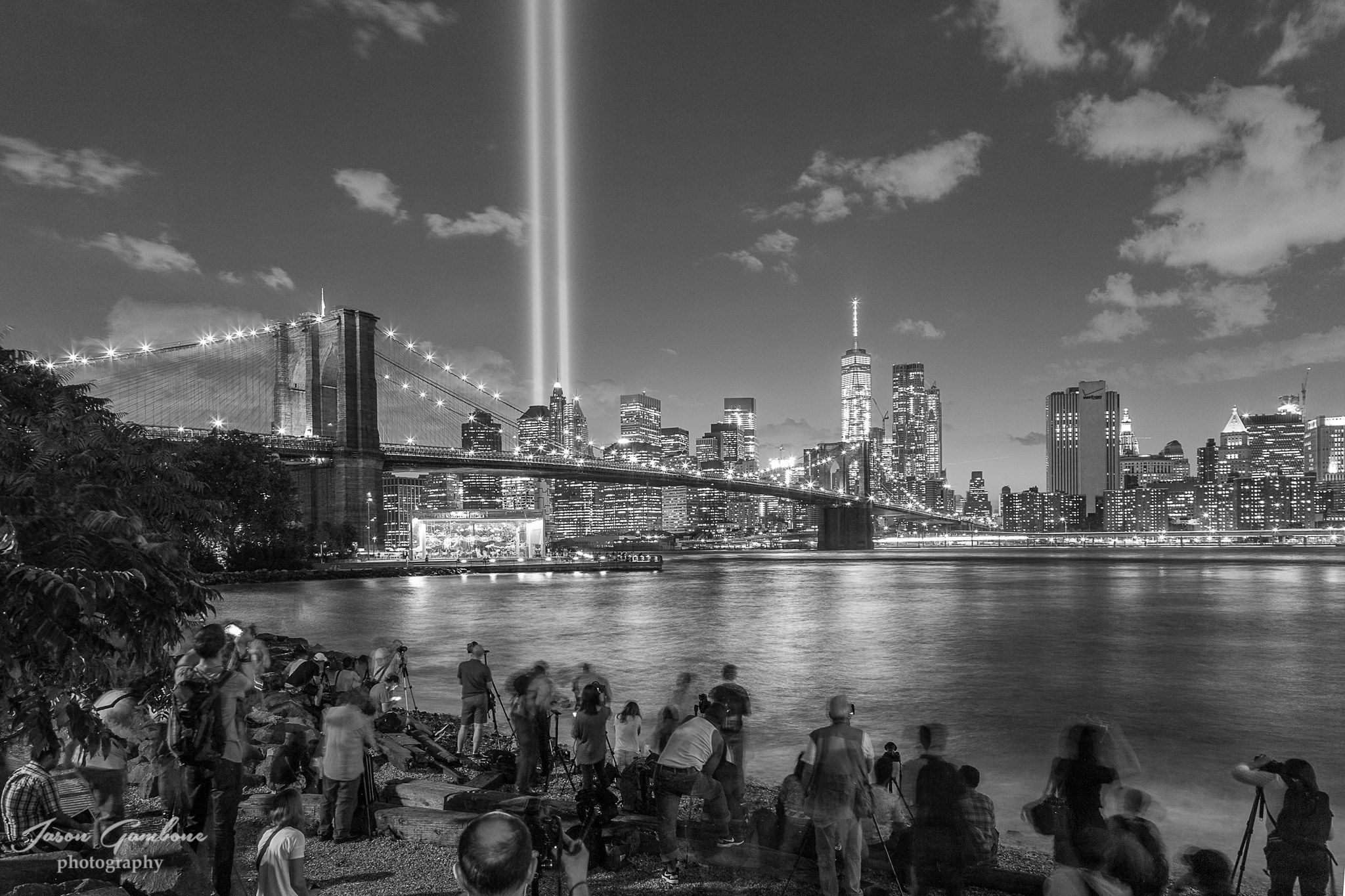 For the past two years I’ve made the trip up to New York City to photograph the September 11th ‘Tribute in Light’.  This year marks the 15th anniversary of the attack.  Tribute in Light first debuted on March 11, 2002 in a vacant lot across from ground zero on West Street. Now, the 88 high-powered light bulbs, which are assembled in two 48-foot squares to echo the footprints of the original towers, are illuminated from the roof of a lower Manhattan parking garage.  On a clear night the lights can be seen from 60 miles away.  As of 2002, the two arrays cast the strongest shaft of light ever projected from earth into the night sky.

The photo I took above shows just a small portion of the amount of people that gather in and around lower Manhattan to witness this event.  Walking around it’s a mix of emotions, recalling memories, and the telling of stories of “where you were”. When you gaze upon the city and look up at the lights, you know we can heal and move on. 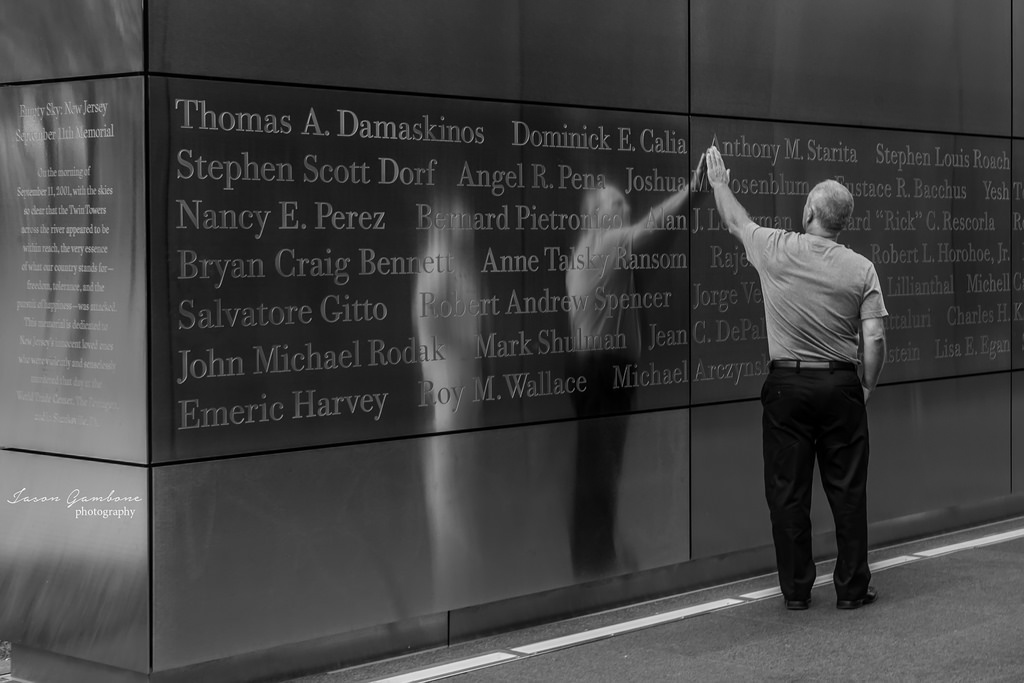 I arrived early to Liberty State park and was able to take it all in before the masses arrived.  The empty sky memorial there reads:

On the morning of September 11, 2001, with the skies so clear that the Twin Towers across the river appeared to be within reach, the very essence of what our country stands for – freedom, tolerance, and the pursuit of happiness – was attacked.

This memorial is dedicated to New Jersey’s innocent loved ones who were violently and senselessly murdered that day at the World Trade Center, The Pentagon, and in Shanksville, PA. 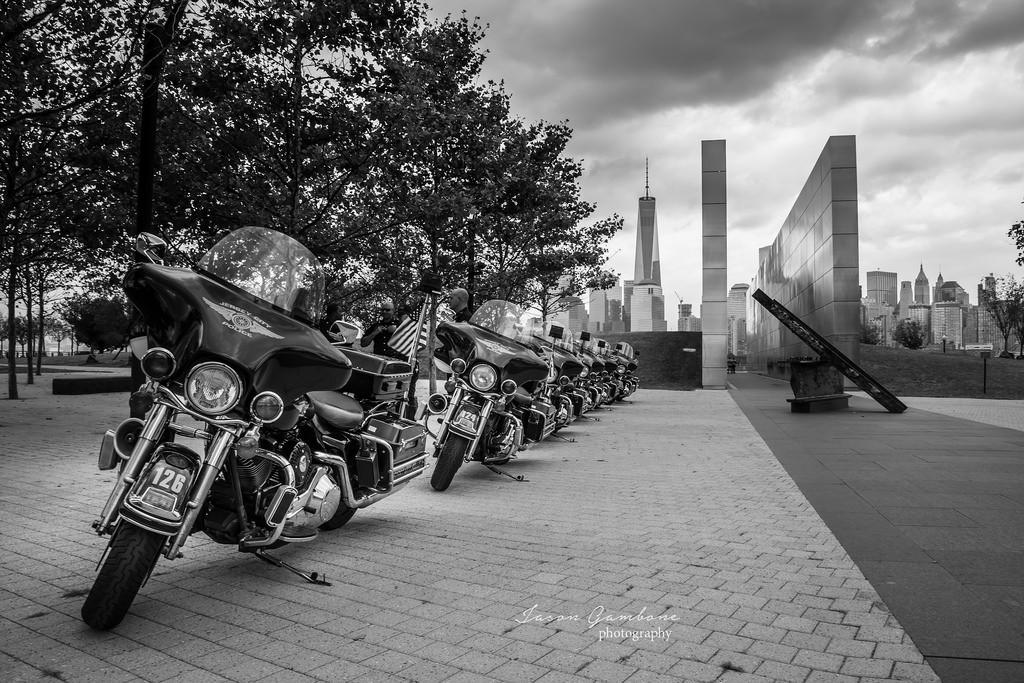 Moments later I noticed a team running up to the memorial.  The Jersey City police provided the escort for the Run to Never Forget organization. This group ran 240 miles in 4 days, starting at The Pentagon Memorial on 9/08/14, and arrived here 9/11/14.  Thank you to everyone that serves this country, whatever it may be that you do. 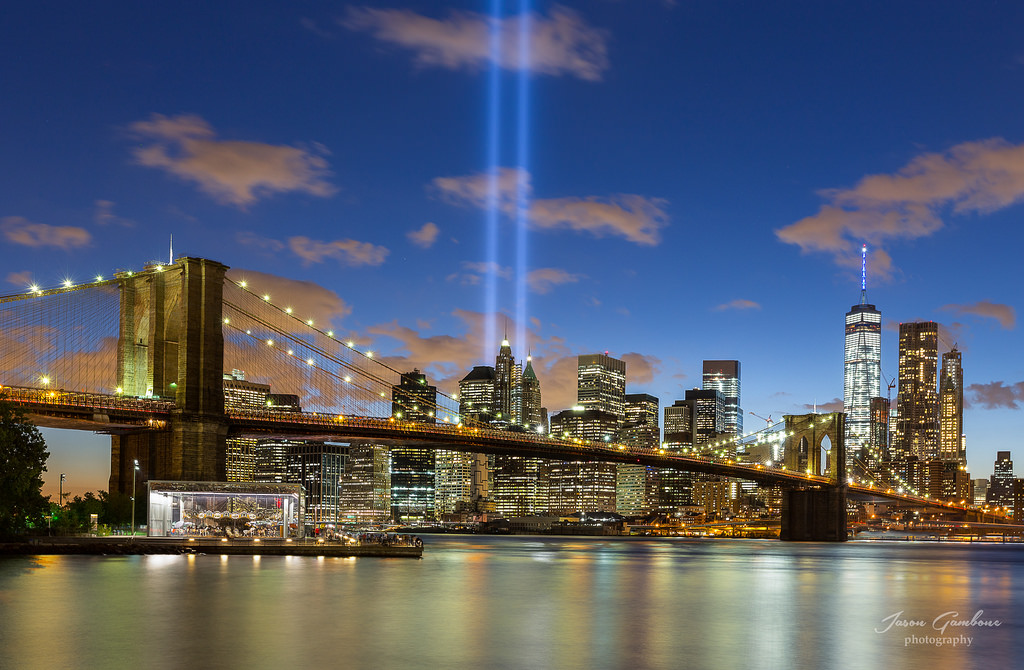 Just around dusk, the lights go on. 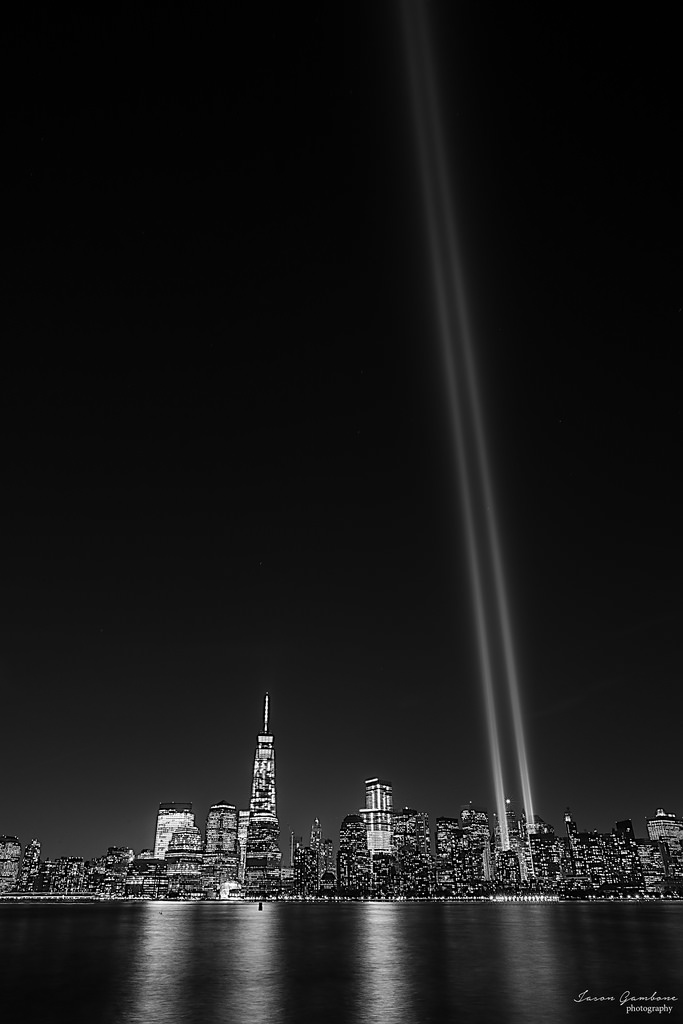 This shot shows just how high the tribute lights go. 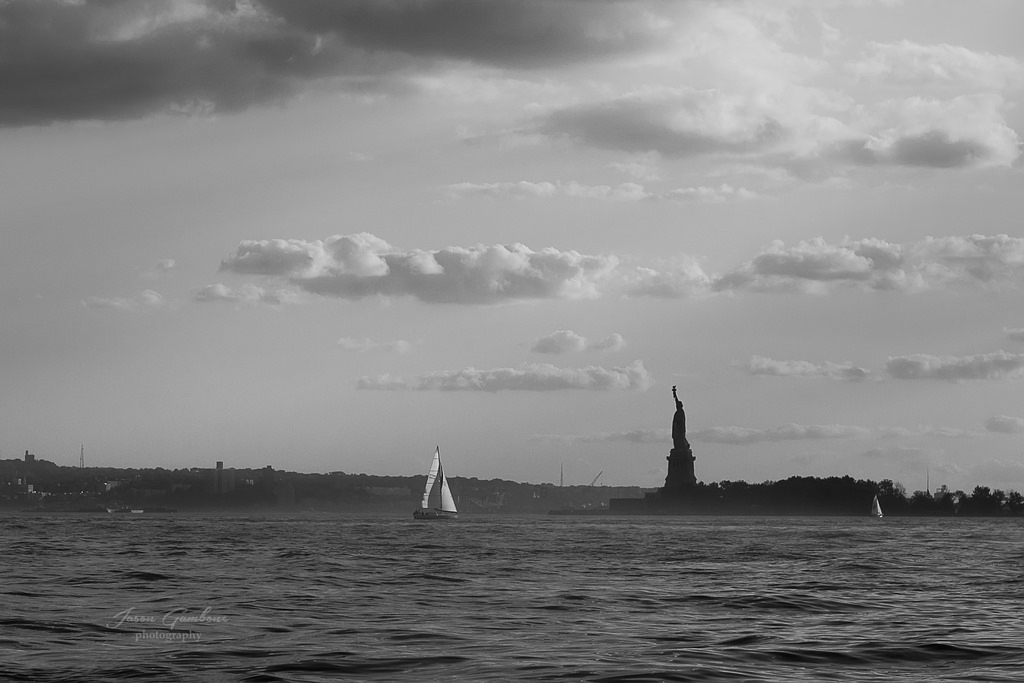 The world has seen a lot of turmoil this year and sadly I do not think we will see a decrease in such events.  I remember that after these horrible events, everyone also felt united as we stood together.  Race did not matter.  Political ideals did not matter.  We were just people that were knocked into a global reality.  It’s also something that has been burned into my memory.  I can place what day of the week it was, what the weather was like (a perfectly cool and clear fall day, with a slight breeze), and what I was doing at each point.  From that very moment I first heard about it on the Howard Stern show I was listening to at work, to the very odd and eerie drive home.

I will never forget that day.