After having a rough week health wise, I really needed to get out and get some fresh air.  Barely any snow had just fallen in the morning, but I was hoping maybe for a few photos with a little bit of snow remnants.    It was just a leisurely stroll through my local nature preserve.   Little did I know I was in store for a fast paced weather event.  Luckily, I have the time stamps from my shots so you can see how fast things changed.   Here we go! 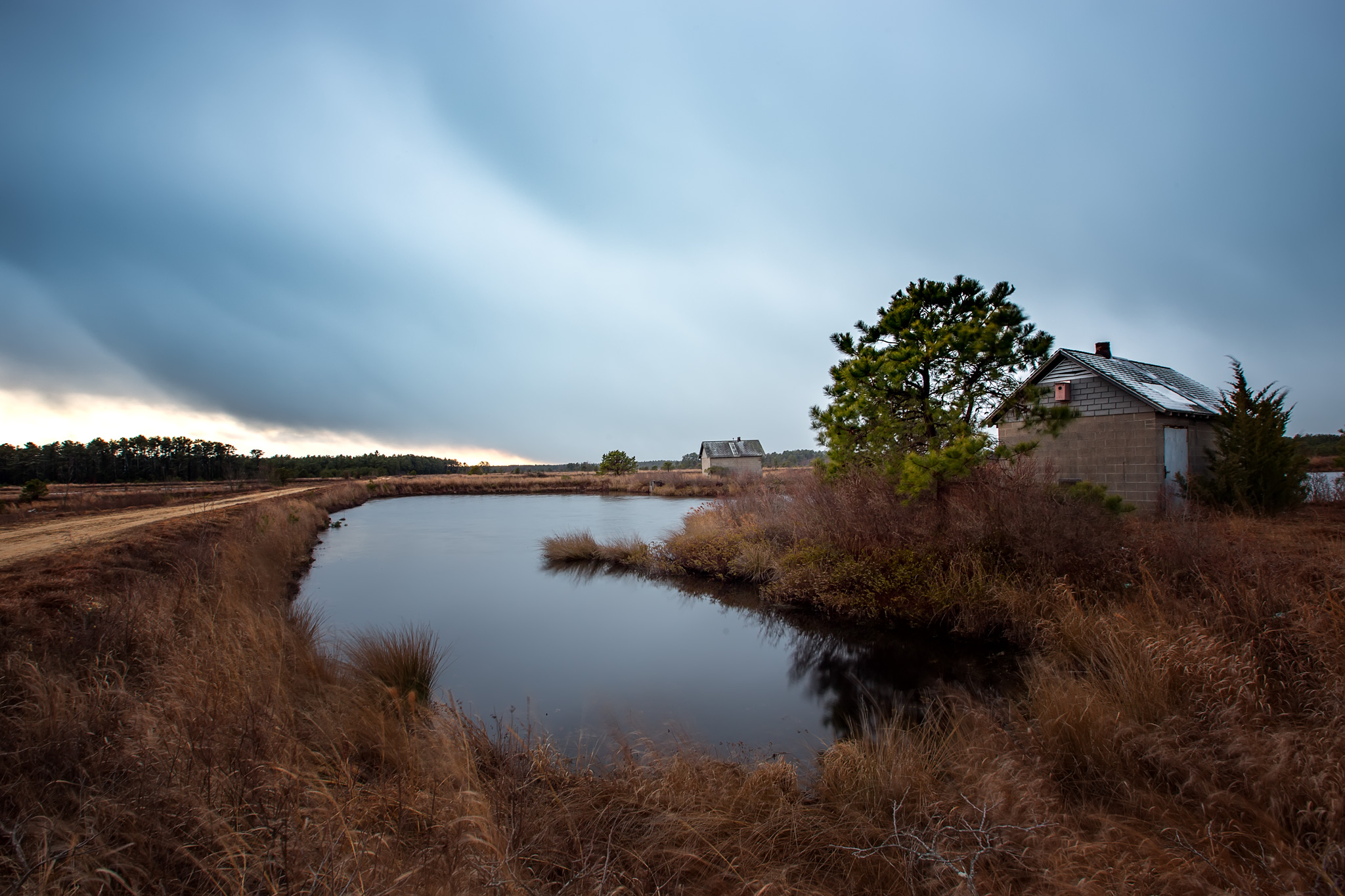 This is really how it looked when I pulled into the parking lot.  The clouds were moving in from the West, and they had an odd, almost concentric and arcing look to them as shown above.  There was hardly any wind.  I planned on walking more, but things happened too fast, so I set up camp here for the next 30 minutes. 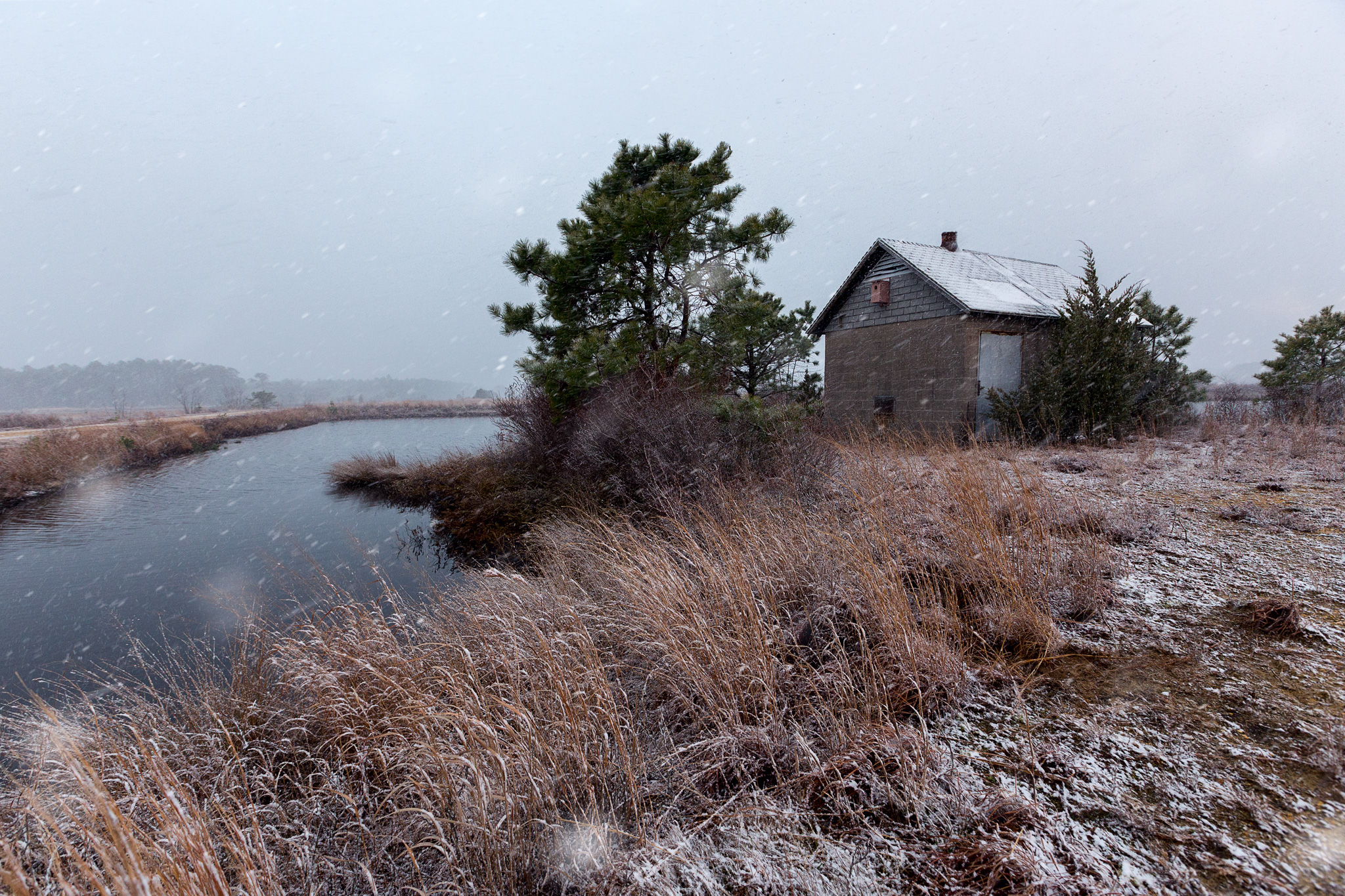 Not even 10 minutes later I was in the thick of it.   You could see heavy snow cascading over the treetops like a waterfall to the right of this photo.  It was coming right at me.  I grabbed my camera rain cover and put it over the camera to help keep it dry.  The snow squall (FLIZZARD!) was in full effect. 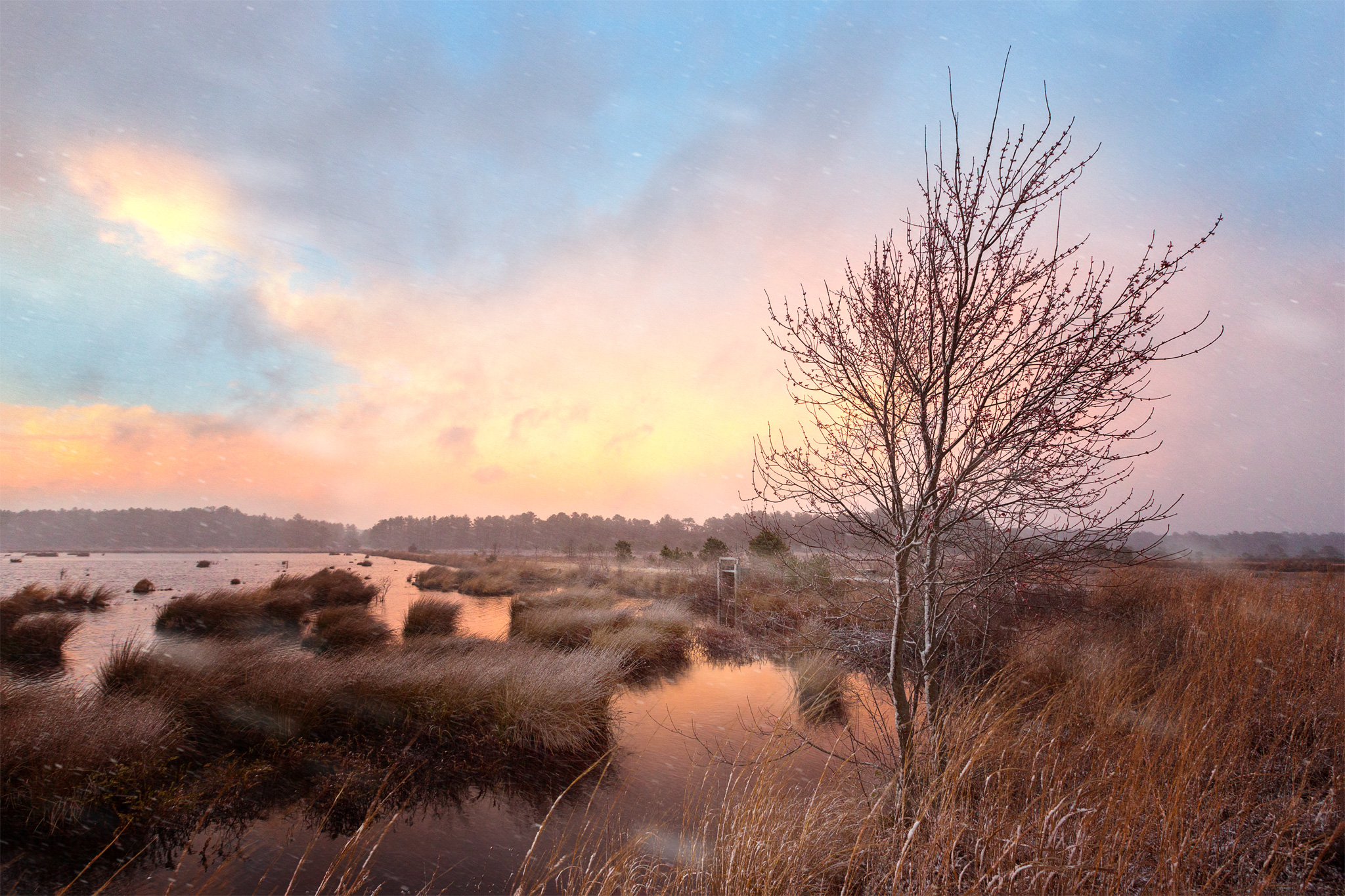 Just minutes later, I turned around and saw the sky open up directly on the opposite side of where the sun was setting.   It was quite an odd sensation to have snow blowing around, but looking up and seeing this. 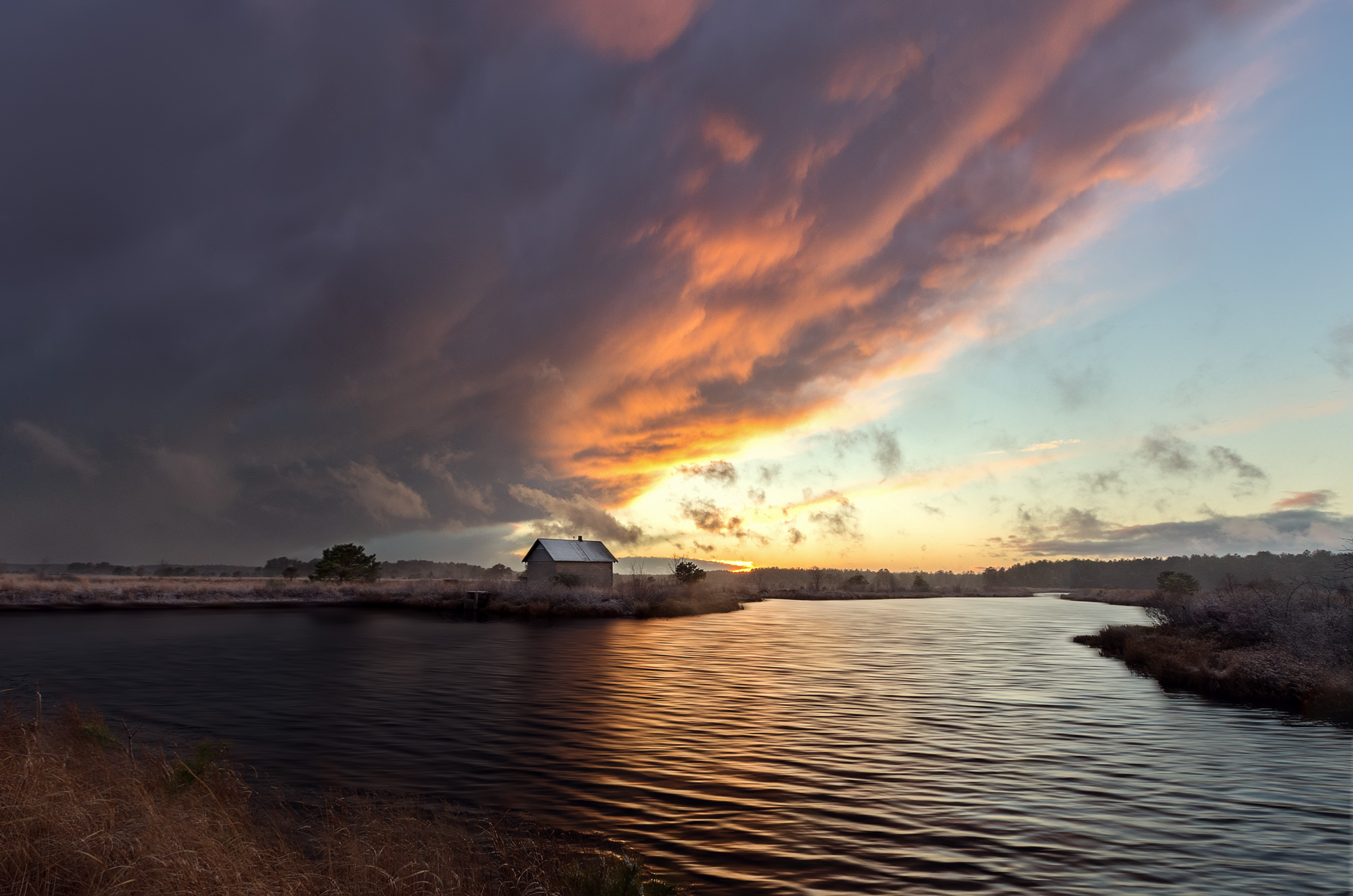 No time to get comfortable!  I turned back around to see the sunset, and the squall was already moving out.  I do wish I took a wider shot than this so you could see more of that wicked looking cloud.  But try and imagine this beast rolling to the left at a fairly fast pace.  As it pulled back, the sunset colors revealed themselves. 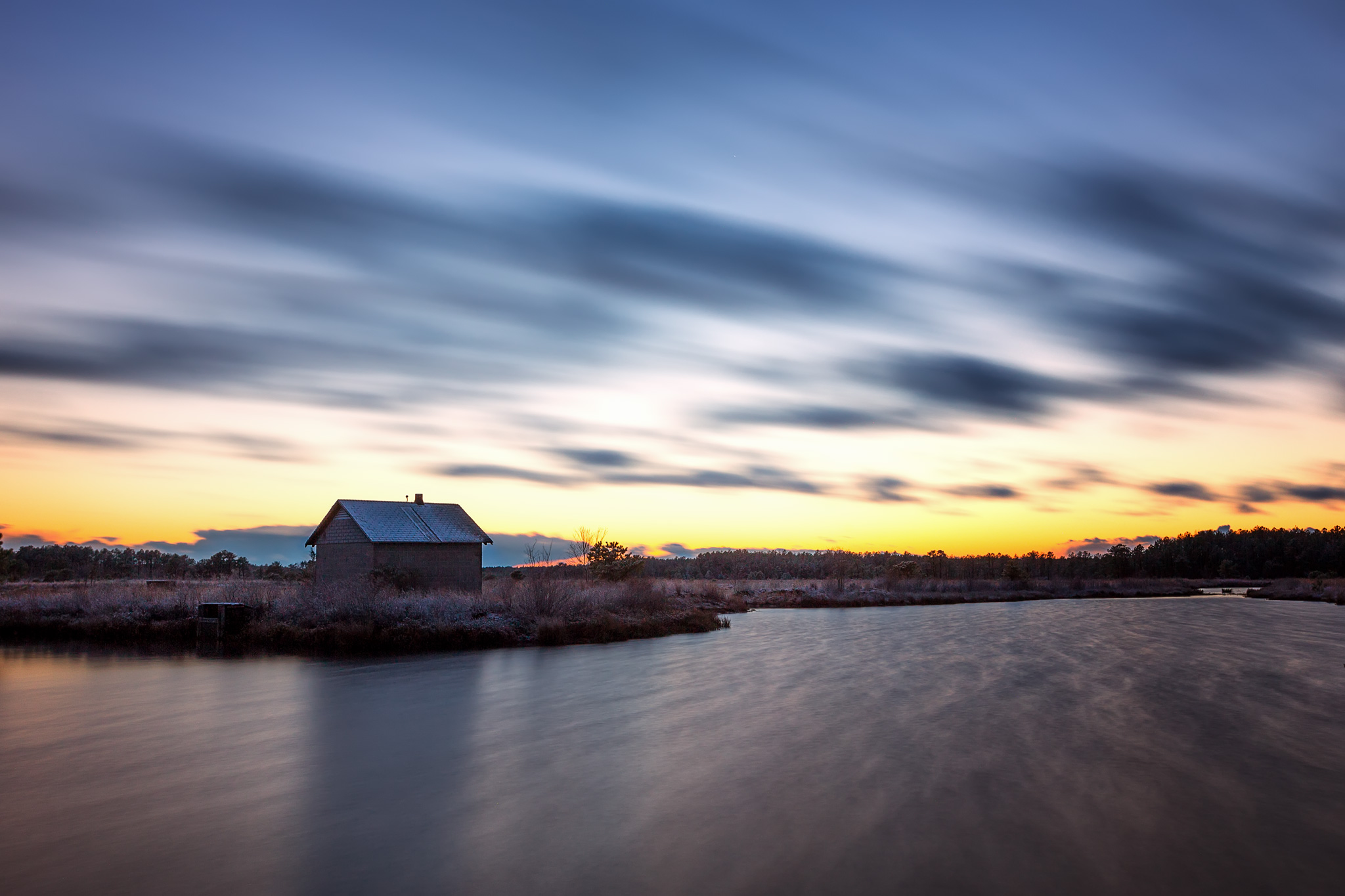 My final shot, the remaining clouds were skipping by and the entire sky cleared up as if nothing happened.  If I didn’t take these photos,  I wouldn’t have realized how fast this system came through.   It was a good mental boost being outside for a change too.