Let’s get right back into things with the second half of my favorite photos from 2016! 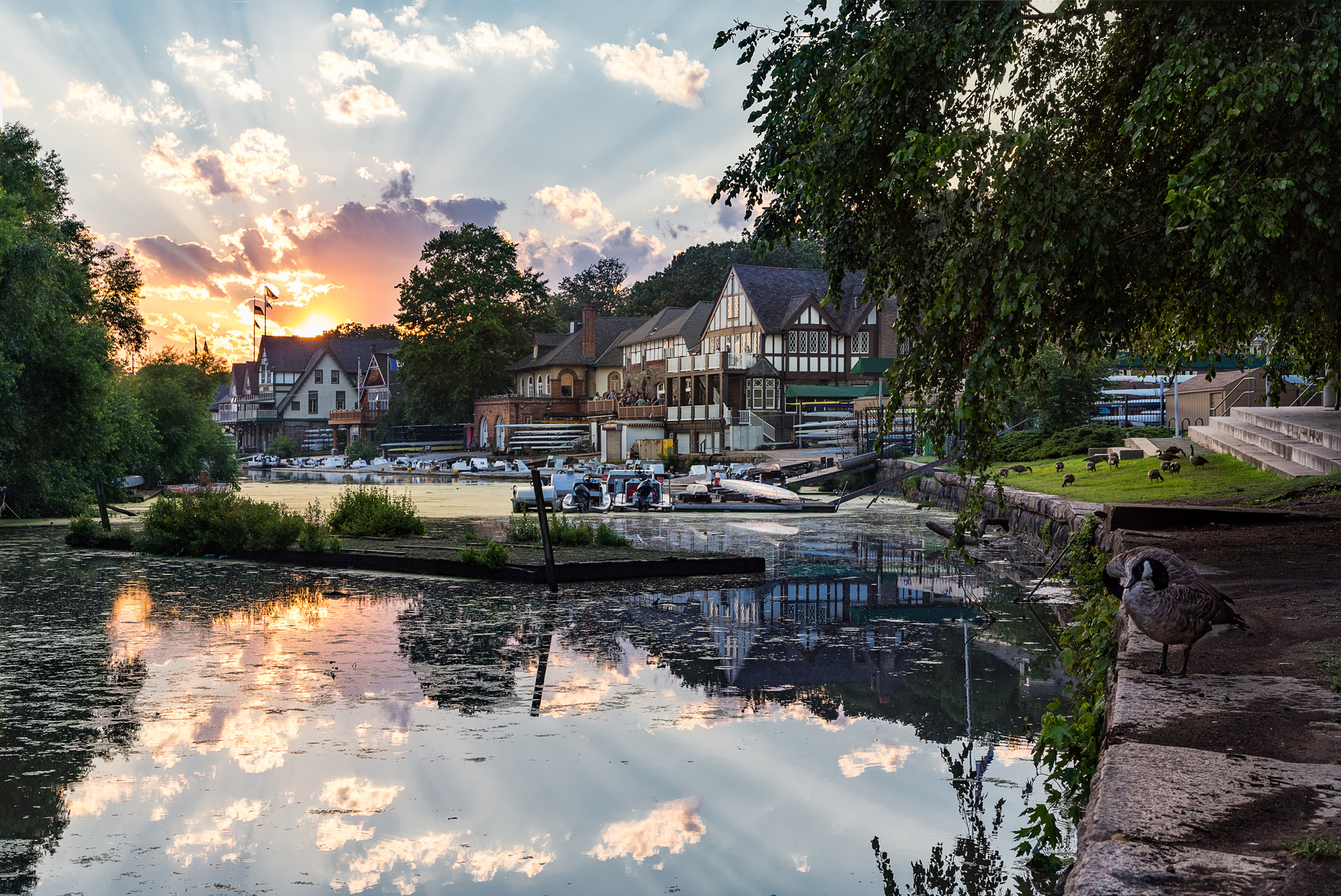 Upon my arrival at the parking lot, my intent was just to photograph the new LED system that was installed on the houses that sit along Boathouse Row in Philadelphia.  For those not familiar with Boathouse Row, it’s a historic site located on the east bank of the Schuylkill River, just north of the Fairmount Water Works and the Philadelphia Museum of Art.  The boathouses are seen as centers of the rowing community around the United States.  Before I headed out to get a front view of the houses, this little summer sunset scene was something I had to capture. 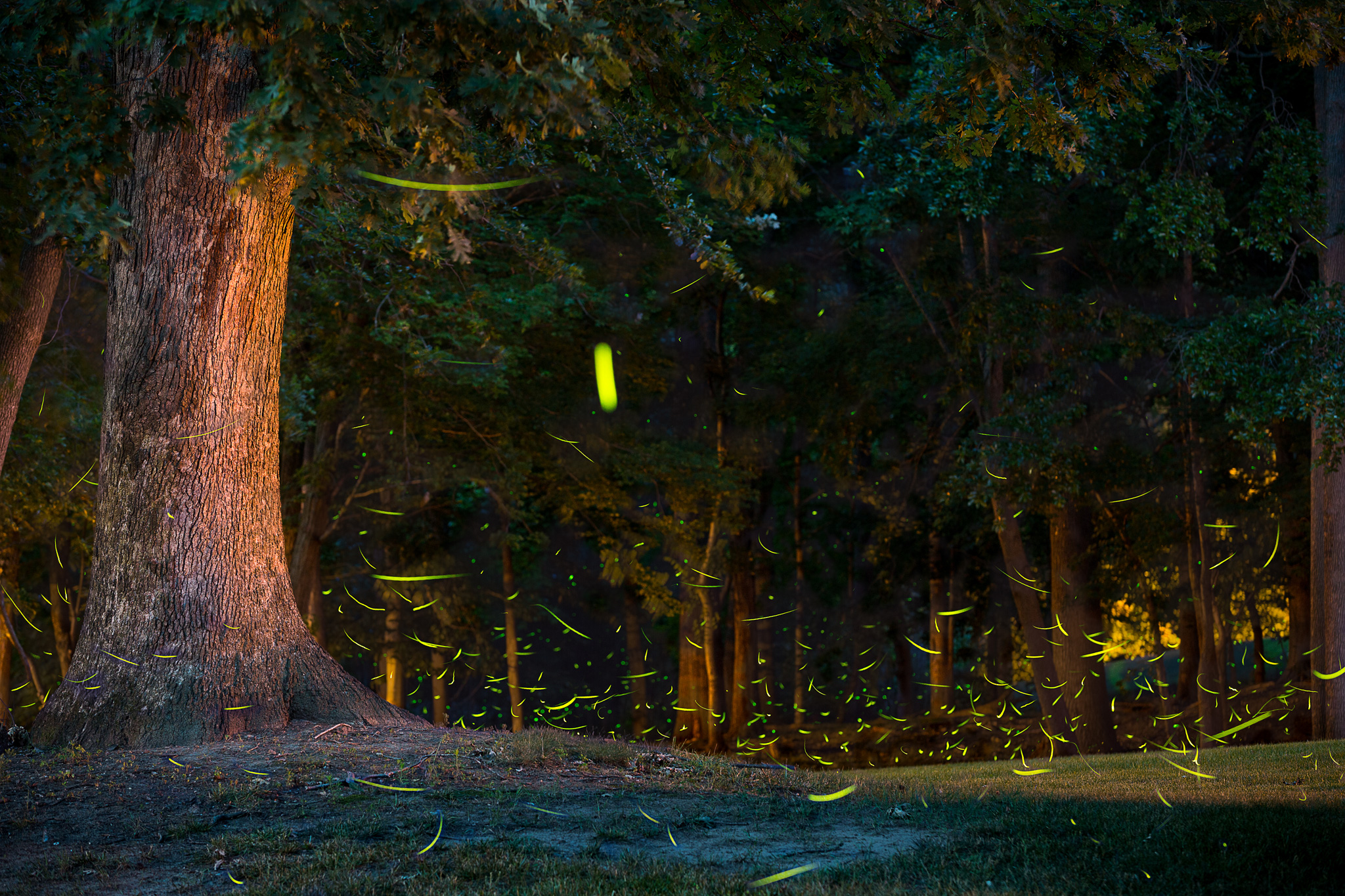 Fireflies!  I have wanted to create an image like this for 4-5 years now.  To me, they are the heralds and the very essence of summer.  But trying to figure out where a good amount of them will show up has been extremely difficult.  I’ve gone to areas in hopes of seeing the little streaks of golden light, to only be let down.  In fact, I was feeling like I should just give up on the idea entirely one night while sitting at my computer.  I look out of my window, and here they were, in my own backyard.  It was late and still over 90 degrees, but I was ecstatic.  It took me a while to figure out the right exposure for each shot, and then took photo after photo for 15 minutes.  I can only hope to do more of these next year! 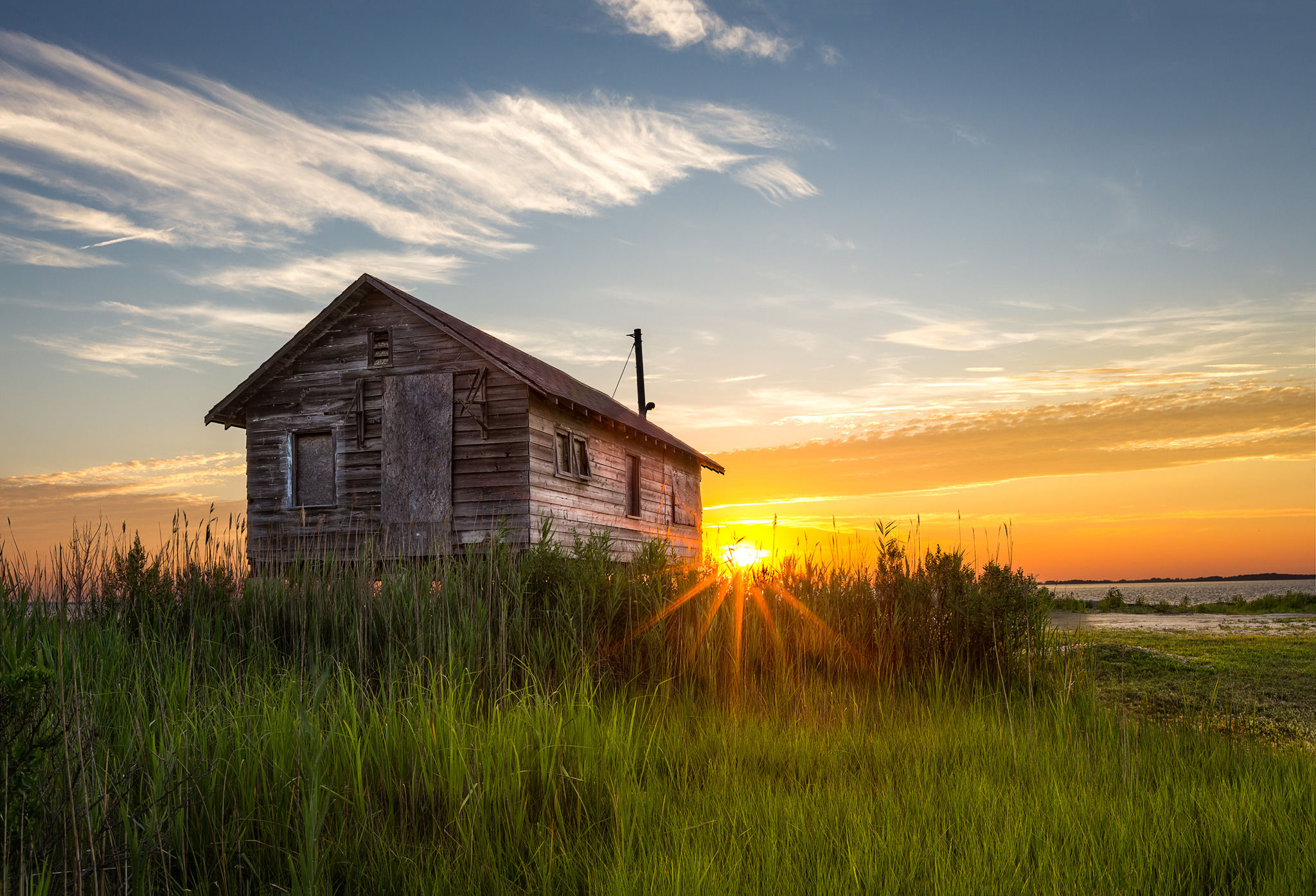 I love this little shack that sits on the Delaware Bay side of New Jersey.   Who knows how many sunsets it has seen or how many creatures it has provided shelter for.  But what you don’t see here are the DOZENS of nasty, biting, greenhead flies were swarming me.  I knew they were bad in this area, so I was prepared by covering up almost every inch of skin with clothes.  Long pants, long sleeve shirt, hood and hat.  And it was in the middle of summer.  But I didn’t get bit! 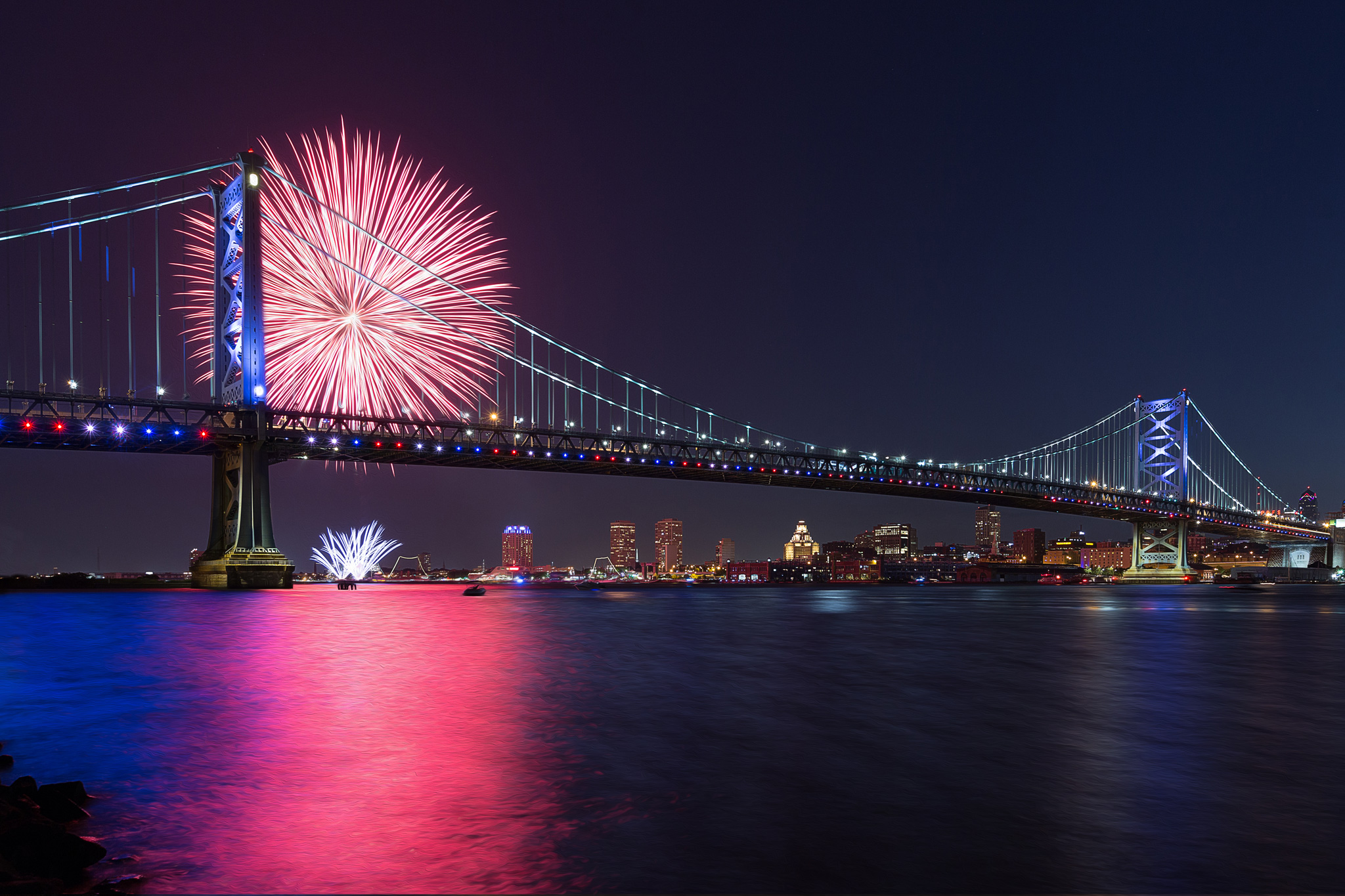 You can’t get a more iconic shot on the 4th of July than the bridge that takes you right into the heart of Philadelphia.  I’m not sure if anyone can get to this location anymore due to construction going on now. 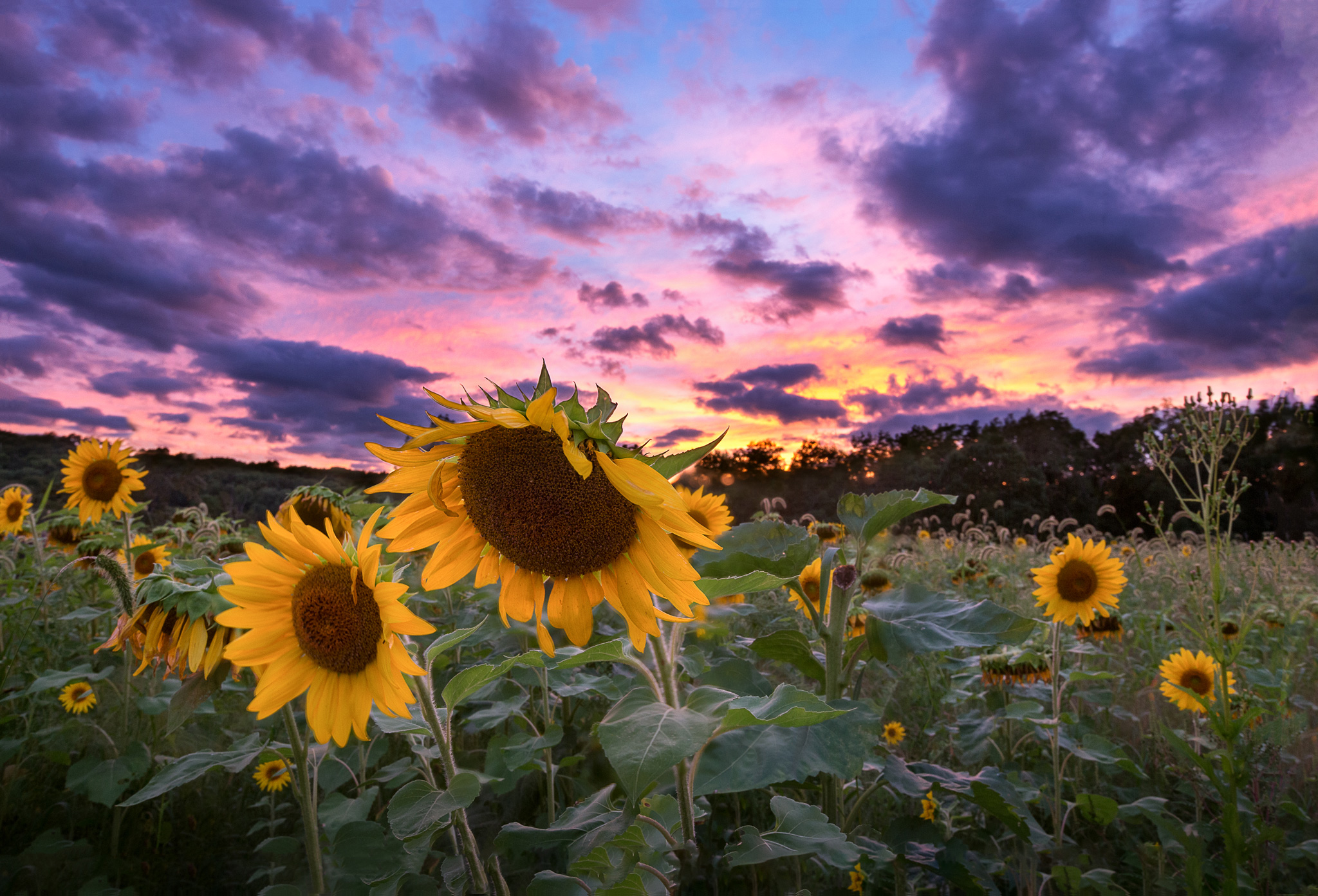 Yet another adventure that started out with a completely different intention.  This was going to be a night shoot, in a huge sunflower maze.  But for two years in a row, it was either on a cloudy night or a full moon which can ruin a star trail shot since it washes out the stars.  This year, it was a cloudy one.  But just before sunset, the clouds broke up enough for a rather colorful explosion that lasted for 30 minutes or so.  I’ll take it. 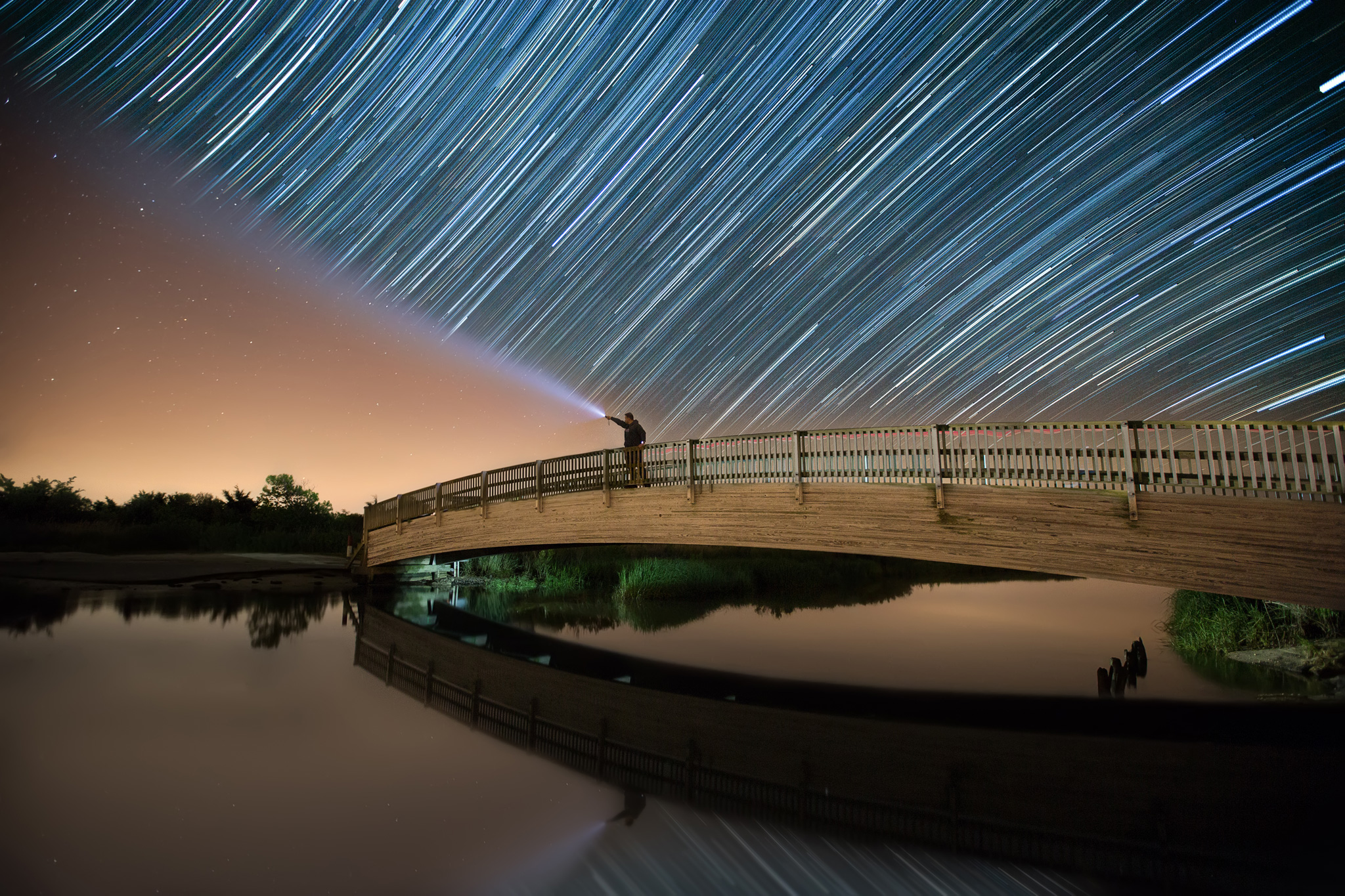 Another fun composite I did this year.  The star trails took 200 photos to make, then I ‘light painted’ the bridge in multiple areas with a flashlight, and finally posed on the bridge.  And after many many hours of editing, this was the result.  I can proudly say that this also won first place in a judged photography competition at the South Jersey Center of the Arts. 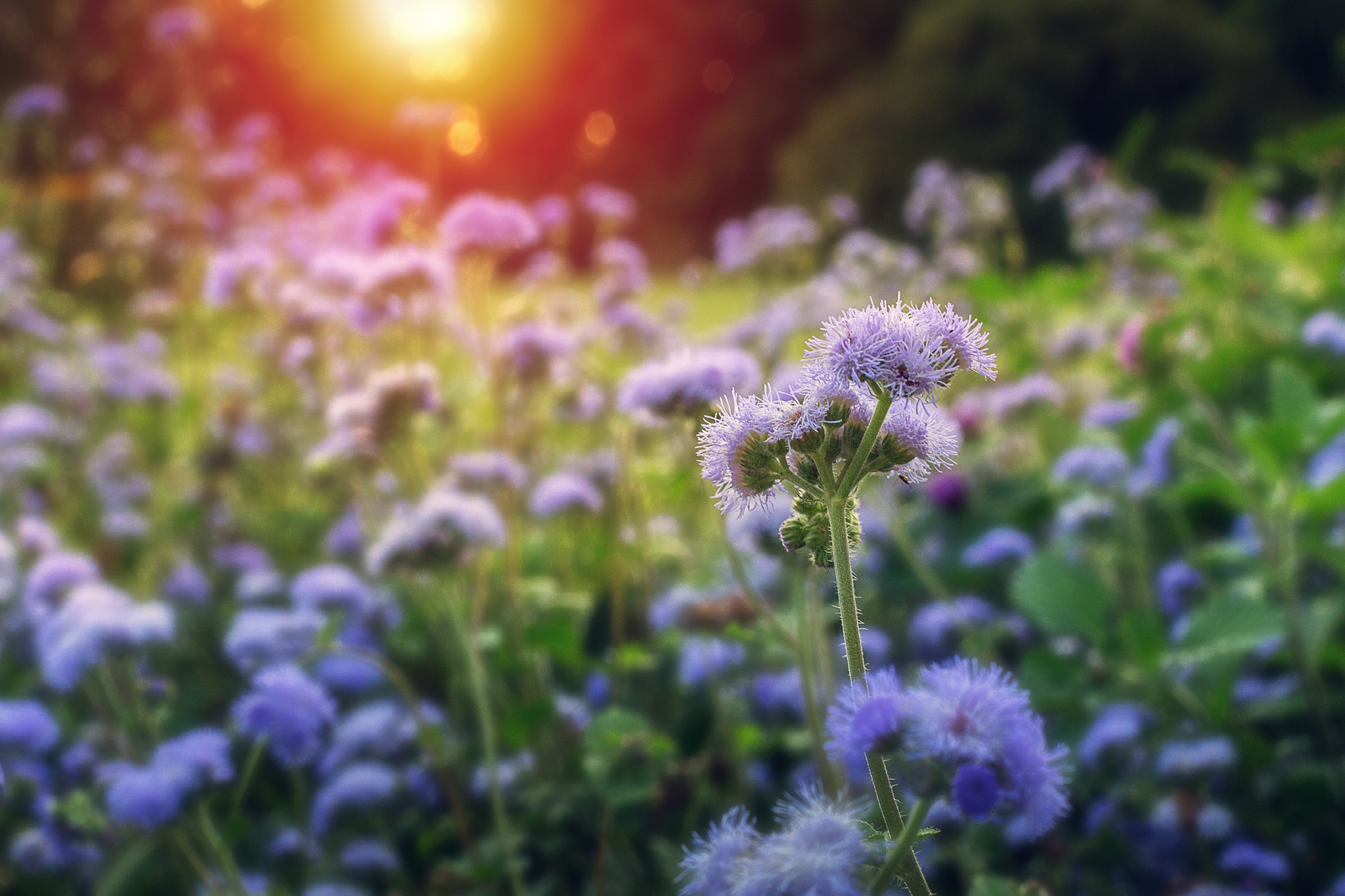 I tend to focus on the bigger picture, so it’s nice to take things slower and force myself to think small. 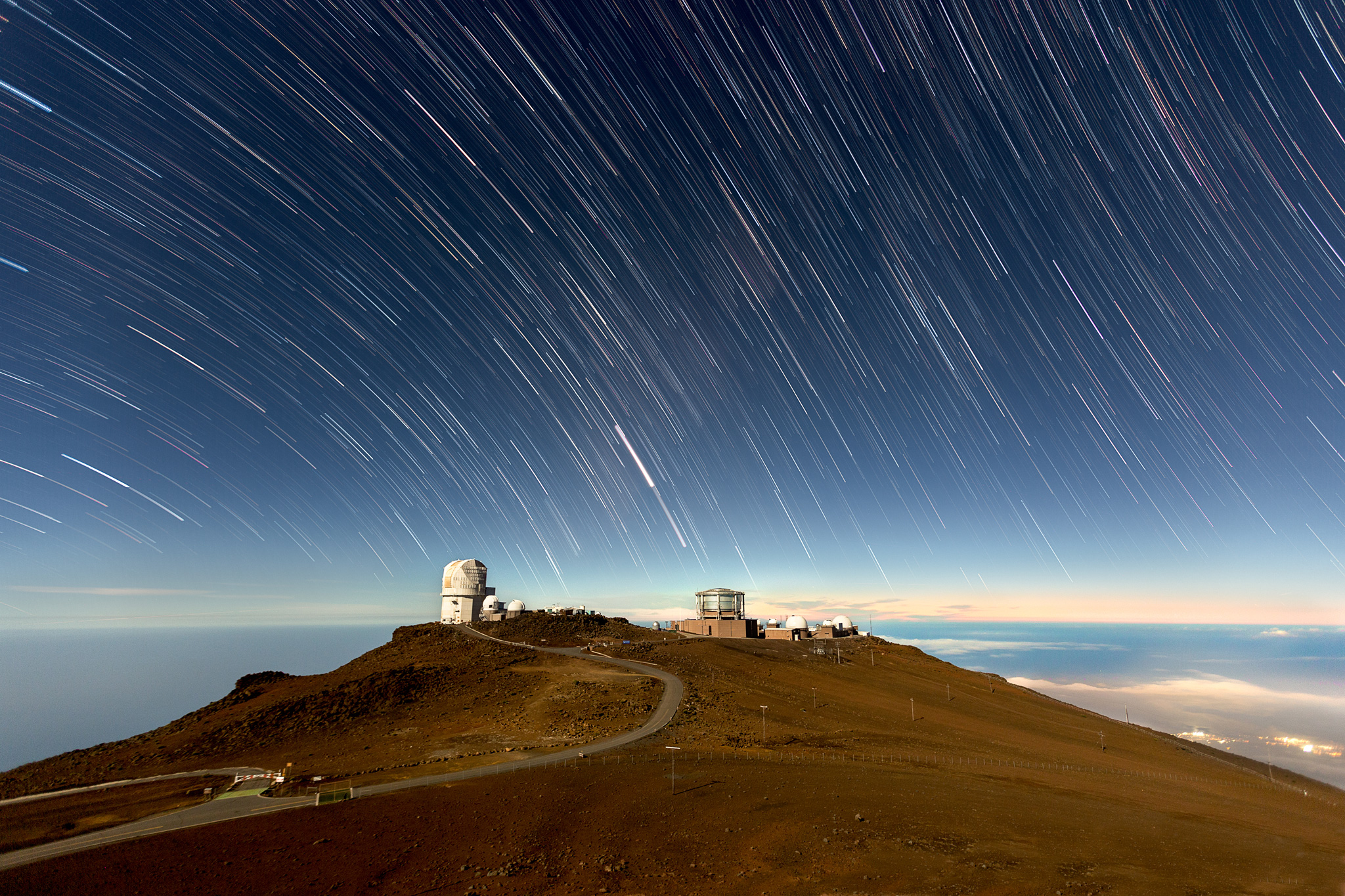 This photo was just over 10,000 feet above sea level and above the clouds.  Normally a full moon and star trails just don’t mix well.  I absolutely had to take the opportunity to try, since I am unsure if I’ll ever be back there.  The strong moonlight illuminated the foreground  nicely though and there were just so many stars shining still.  I do wish I was there when no moon was up, but still it was an amazing sight to behold in person.  This is 250 photos and is about 1 hour of time passing.

I want to thank everyone who’s taken the time to read my posts, or following along with whichever social media account.  Interacting with people, and reading about how some of these photos make them think or feel is something I love to hear about.  Now, onward to 2017! Let’s GO!