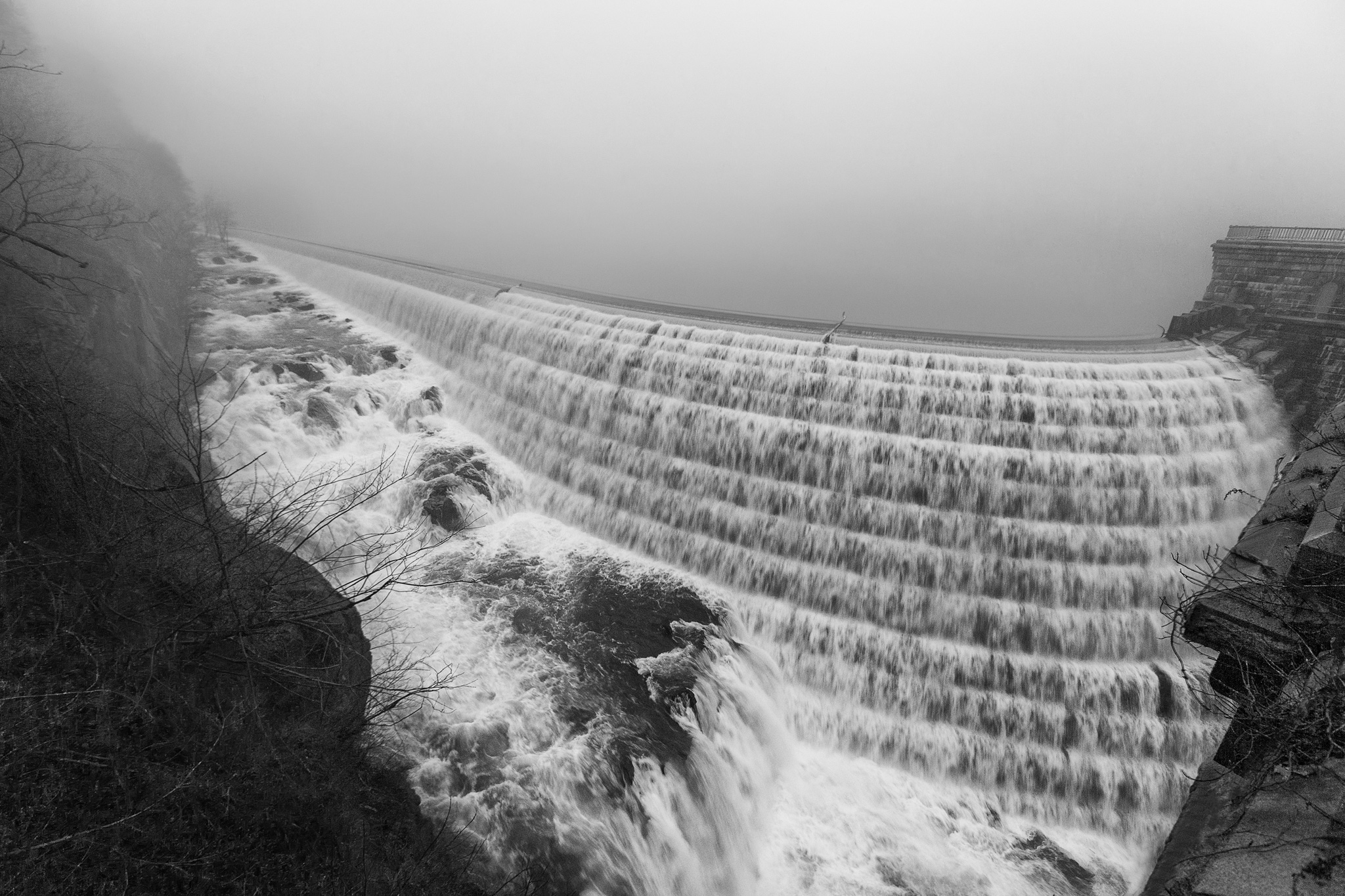 Upper shot of the New Croton Dam in New York at 5:50 AM

There are few things in life that give me a reason to wake up at 2:00AM and take a 2 1/2 hour drive.  If it’s a new location to explore though, I’m in.  I kept a close eye on the weather conditions the night before, since it’s a crucial part of outdoor photography.  I saw a high percentage of fog, and that is about as good as a colorful sunrise to me.  The way that a mist enshrouds a landscape has such potential to create temporary but memorable dramatic scene.  I arrived at 5:00 AM and the park was covered in fog which got my imagination and creativity flowing. 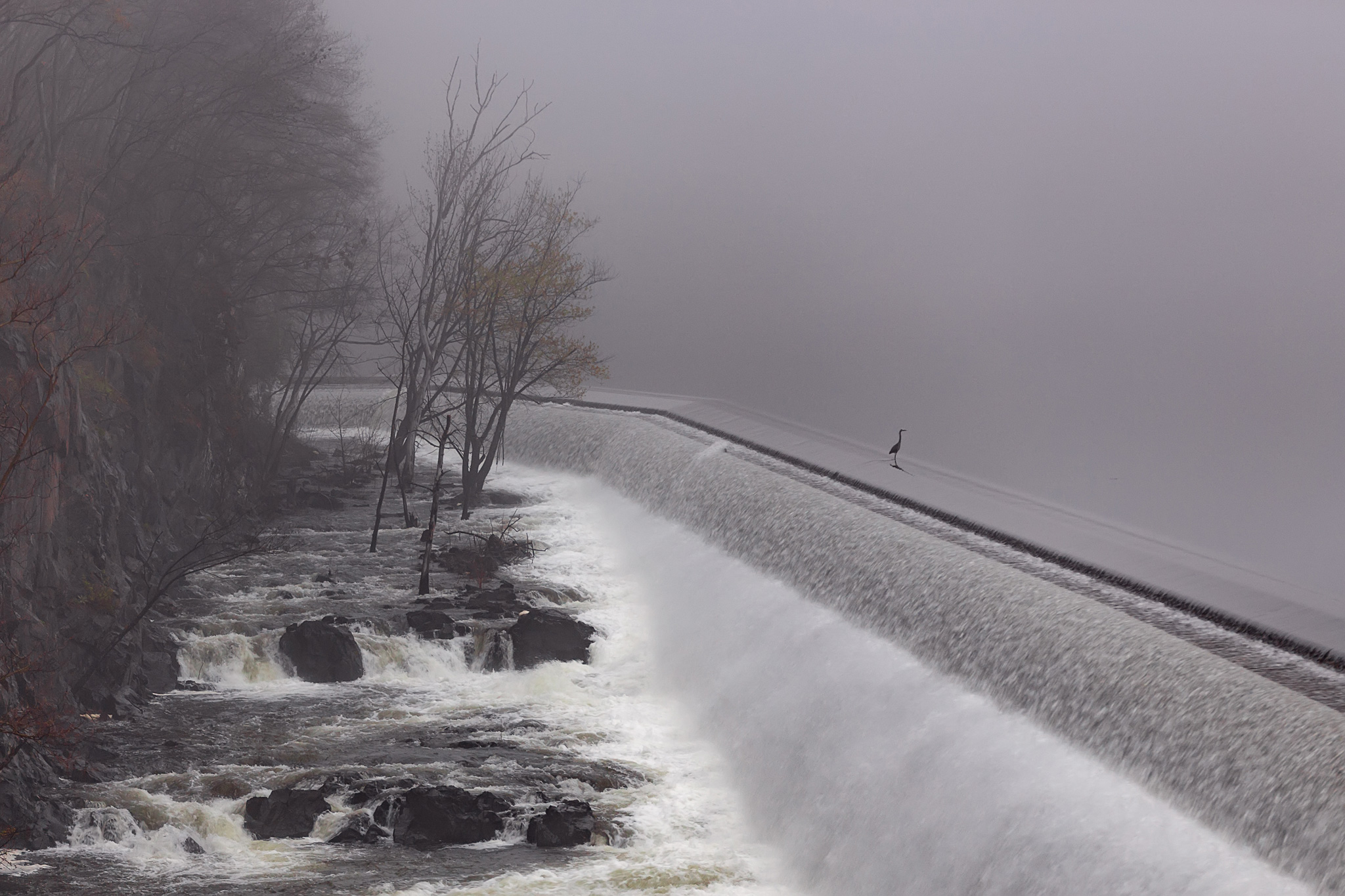 “The Nothing is spreading,” I thought.  A heavy fog blanketed the New Croton Dam, and it refused to be pulled back.  The surface of the water and the horizon simply fused together, in nothingness. Upon the ledge of that serene and dreamlike foreground, stands a heron. Behind him, water rages on violently, being thrashed against the deep black rocks. Nature finds balance. 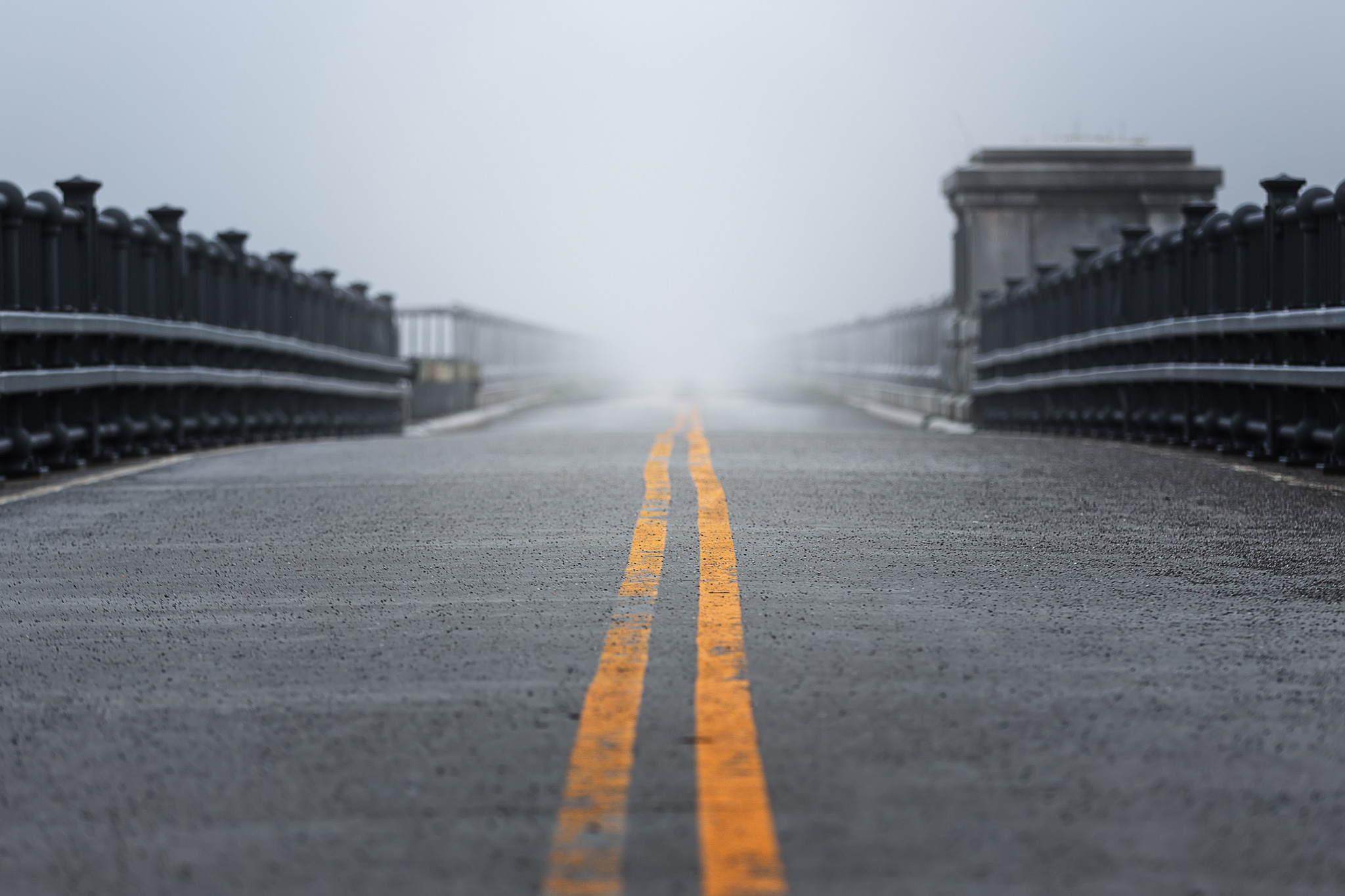 Before I headed to the bottom of the dam and spillway, I looked behind me and saw the bridge that faded into the nothing.  “A hole would be something, no, it was Nothing!” 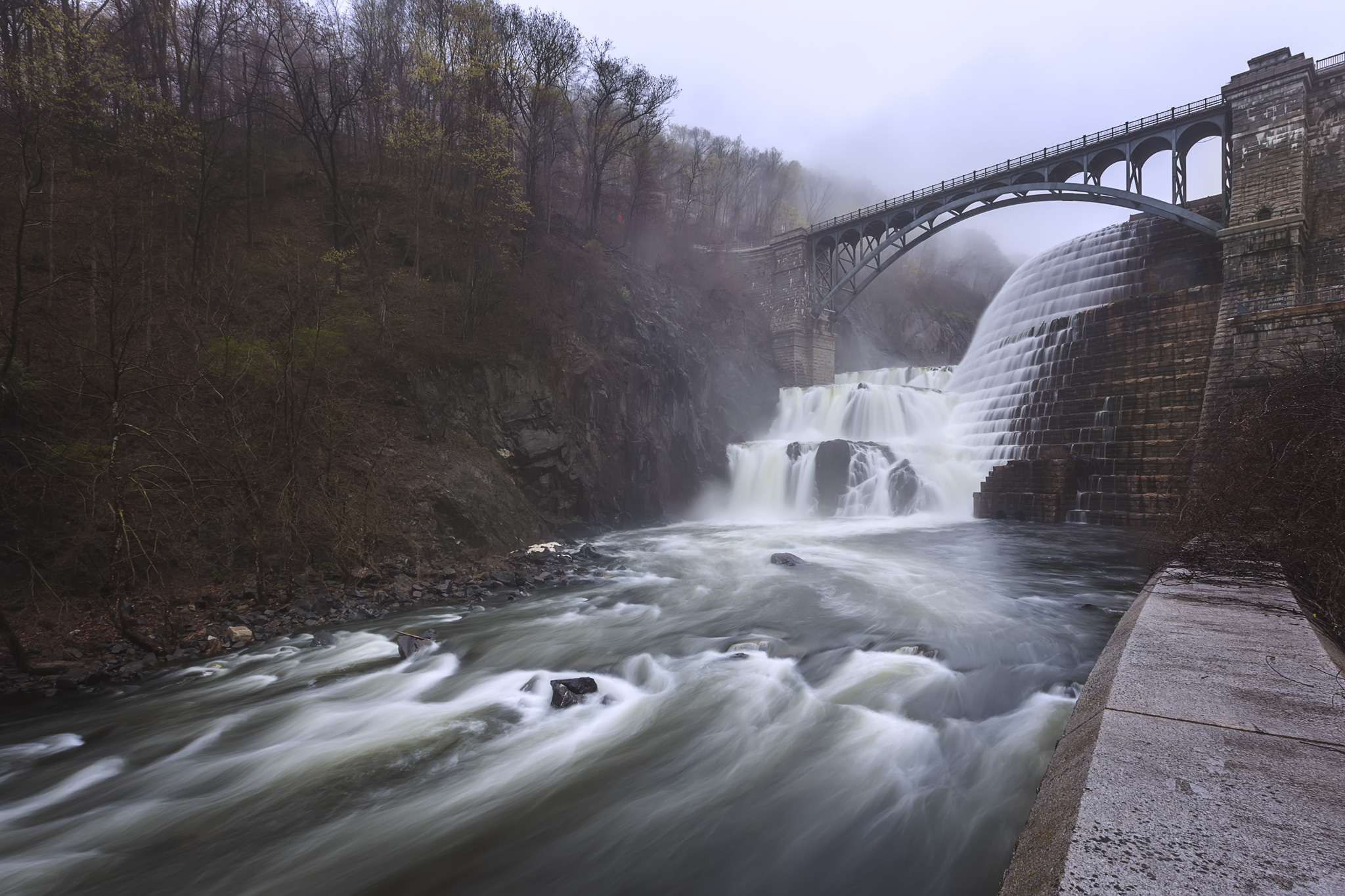 At my previous location above, I was more of an observer looking below.  Being this close to the actual water now, I was more a part of the scene.  You couldn’t help it, with the sound of the water crashing and swirling around linked to the fine cool mist.  It was time to go for a walk downstream to try and capture something different. 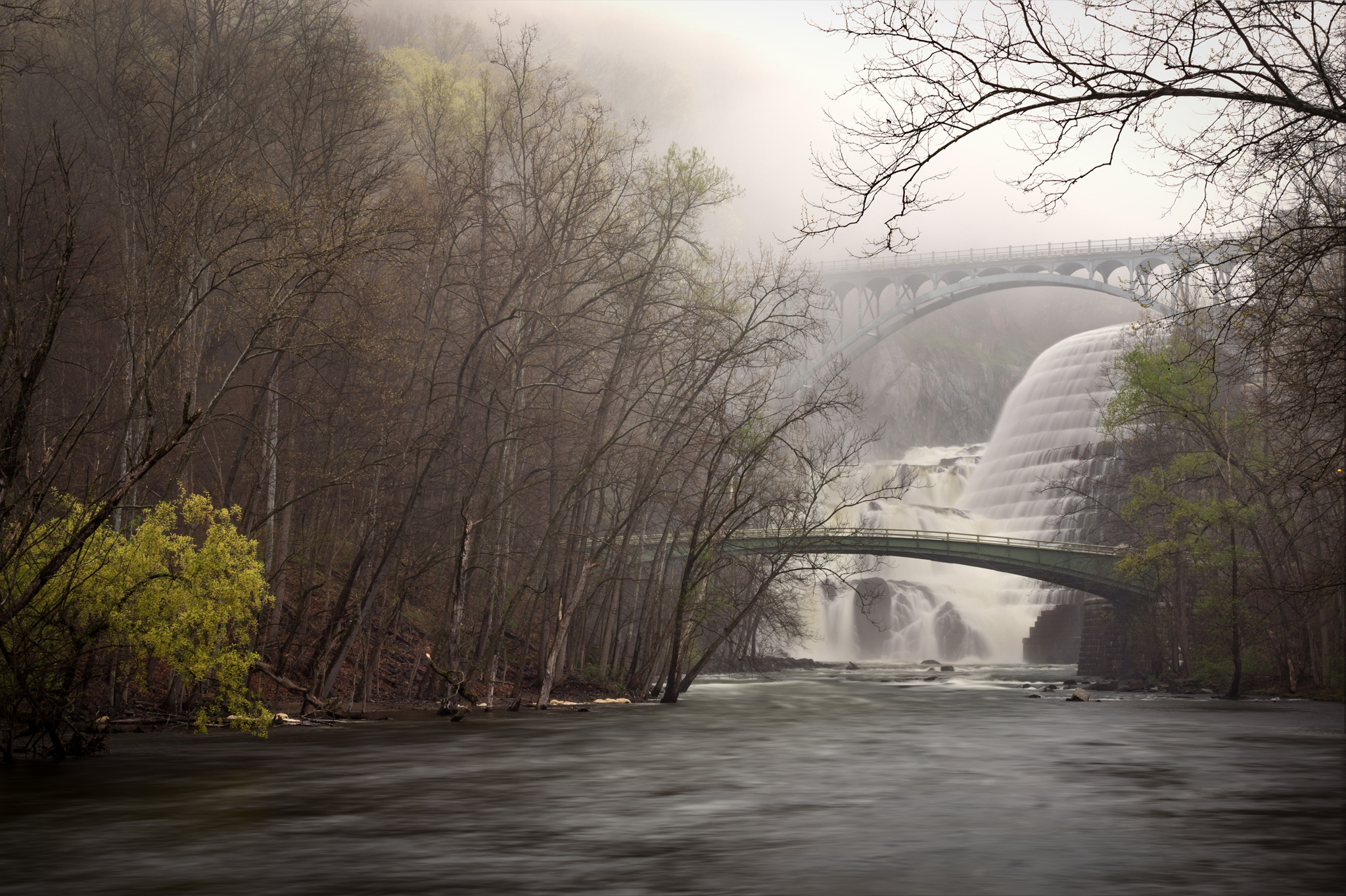 One parting shot before I left.  I feel that this has a nice spring morning feeling about it.  Damp, and somewhat dreary, but it’s apparent that life is returning from it’s many month long slumber once again. 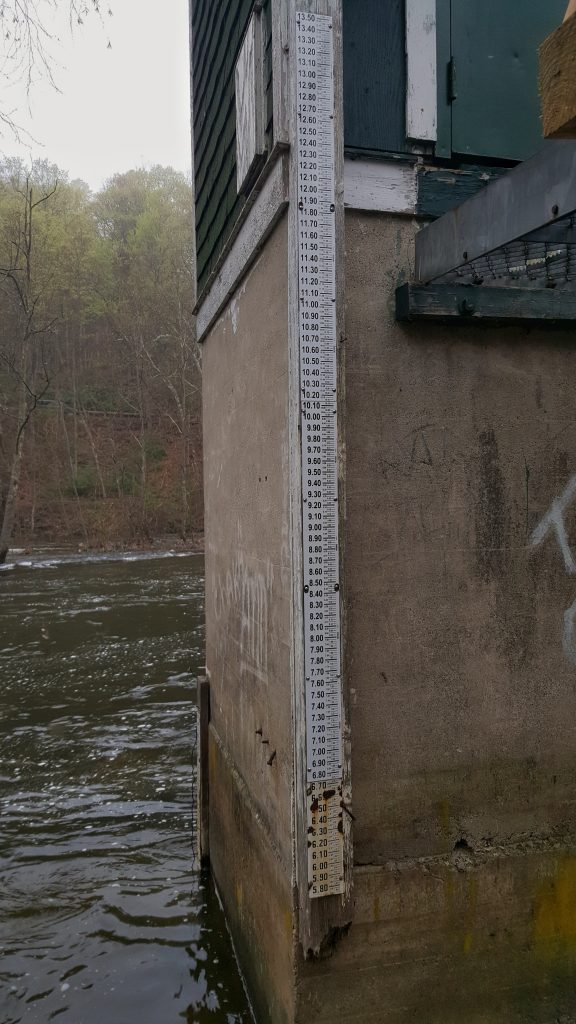 BONUS – Cell phone shot.  I just wanted to show how high that waters could get.  It doesn’t seem like they have been too high for quite some time.  And here’s some history:

“The Old Croton Dam, built to supply New York City with water, was the first large masonry dam in the United States. Completed in 1842, it was the prototype for many municipal water supply dams in the east during the mid-nineteenth century. The city’s needs, however, soon outgrew the Croton Dam water supply. Consequently, work began on the New Croton Dam, also called the Cornell Dam because of its location on land purchased from A.B. Cornell, in 1893. Completed in 1907, the Cornell Dam stands over 200 feet high. The Croton Reservoir has a capacity of about 34 billion gallons of water with a watershed covering 177 square miles.”

My day was not over after this park though.  It was onwards to Sleepy Hollow and the Tarrytown Lighthouse in New York to round out the morning.  I had a quick 1 hour nap and it was off to the sunset in Barnegat Light, New Jersey.  But that is another story and shall be told another time.