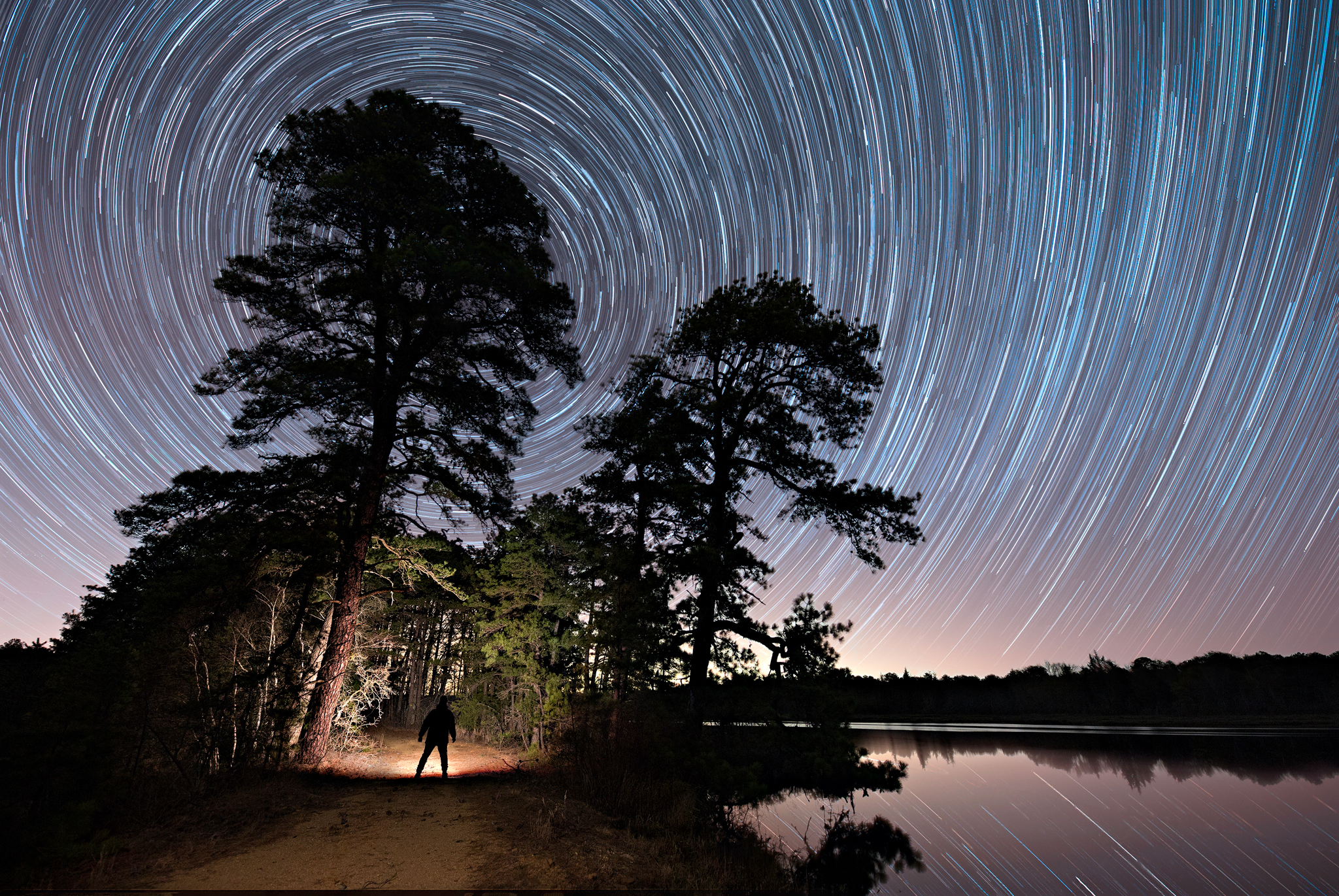 I often visit locations multiple times before even taking a photo.  I’ll take the long walk to scout for ideas during the day, and I’ll scribble my notes.  Sometimes those notes get so dusty I forget about them completely.  This area in the Pinelands of Southern New Jersey was one of those.  I’ve made the walk out here during summer days, and it isn’t the most visited.  I did my homework for this series though.  The half moon was setting just before 1am, and the Milky Way was rising at the same time.  The skies had cleared of all clouds, so off I went into the forest.

During the last trip out here, I was swarmed by mosquitoes and attacked by green head flies in a few areas.   It was too early in the season for bugs on this adventure, so I was safe from those.  A large section of the trail had flooded out previously, but I had waterproof boots on so off I went.  What I wasn’t ready for was what the winter storms had done to a section of the trail.  Pine trees were knocked over and sprawled out with no easy path laid out. 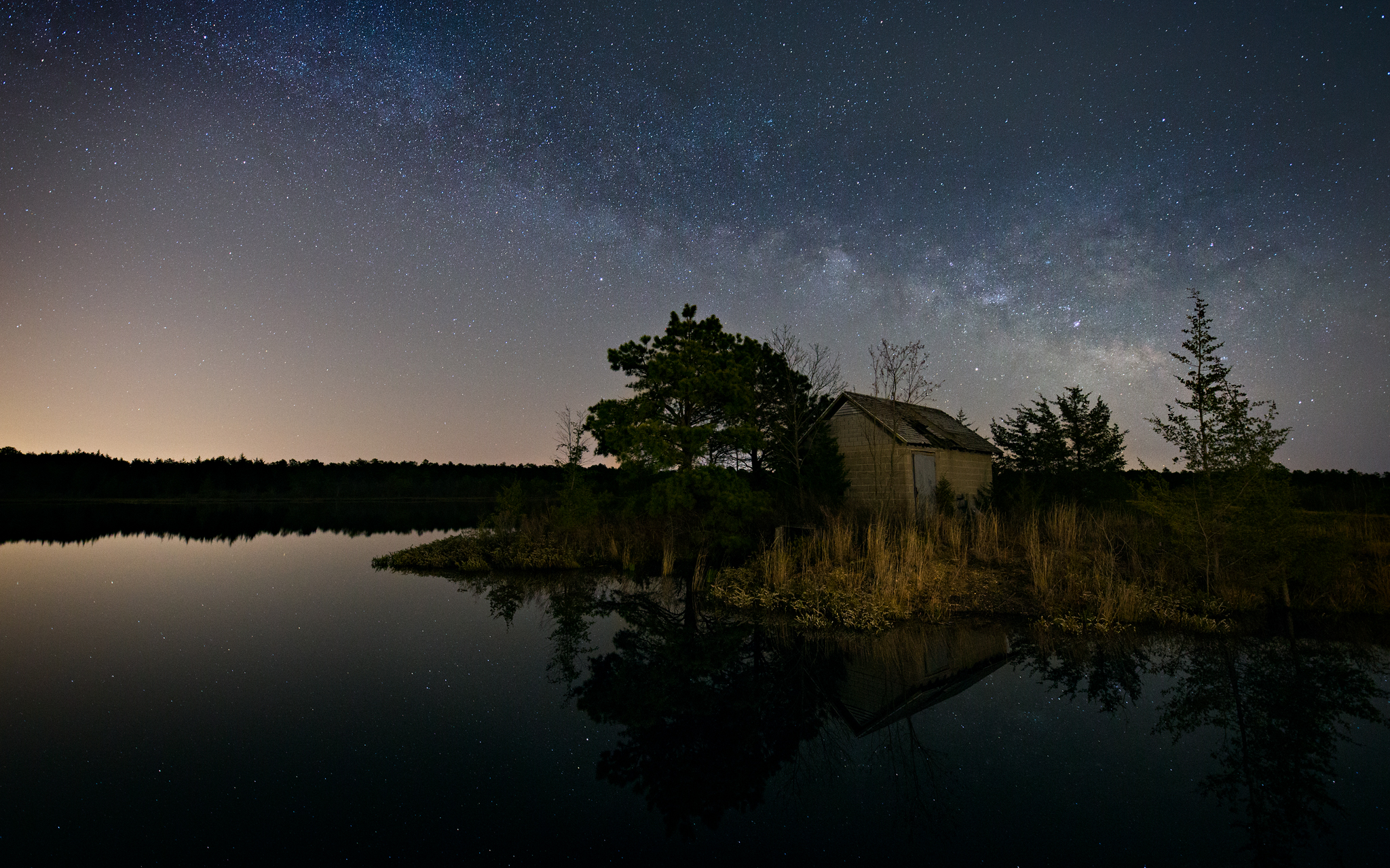 The arm of the Milky Way rises over an old cranberry bog in Franklin Parker Preserve, New Jersey.

Even though I was out shooting alone, I wasn’t alone.  I heard an owl calling, that was so loud it was echoing around the entire bog.  Later, out of no where, I heard what sounded like someone throwing an object into the still water.  My imagination went wild for 10 seconds before I got it under control.  It turned out to be a family of beavers that was not happy with me being out near them.  They were slapping and pounding the water with their tails.  As the night marched on, the temperature dropped from 45 degrees at 11:30PM, to 32 degrees at 3:30.  That was when my night ended, with a nose numbing 30 minute walk back to my car.

There are a few very popular places in New Jersey for night photography that I myself have been to.  But I don’t want to follow everyone else, so I’ll continue to explore and find my own.  I still want to return for a sunrise here, so I’ll be back! 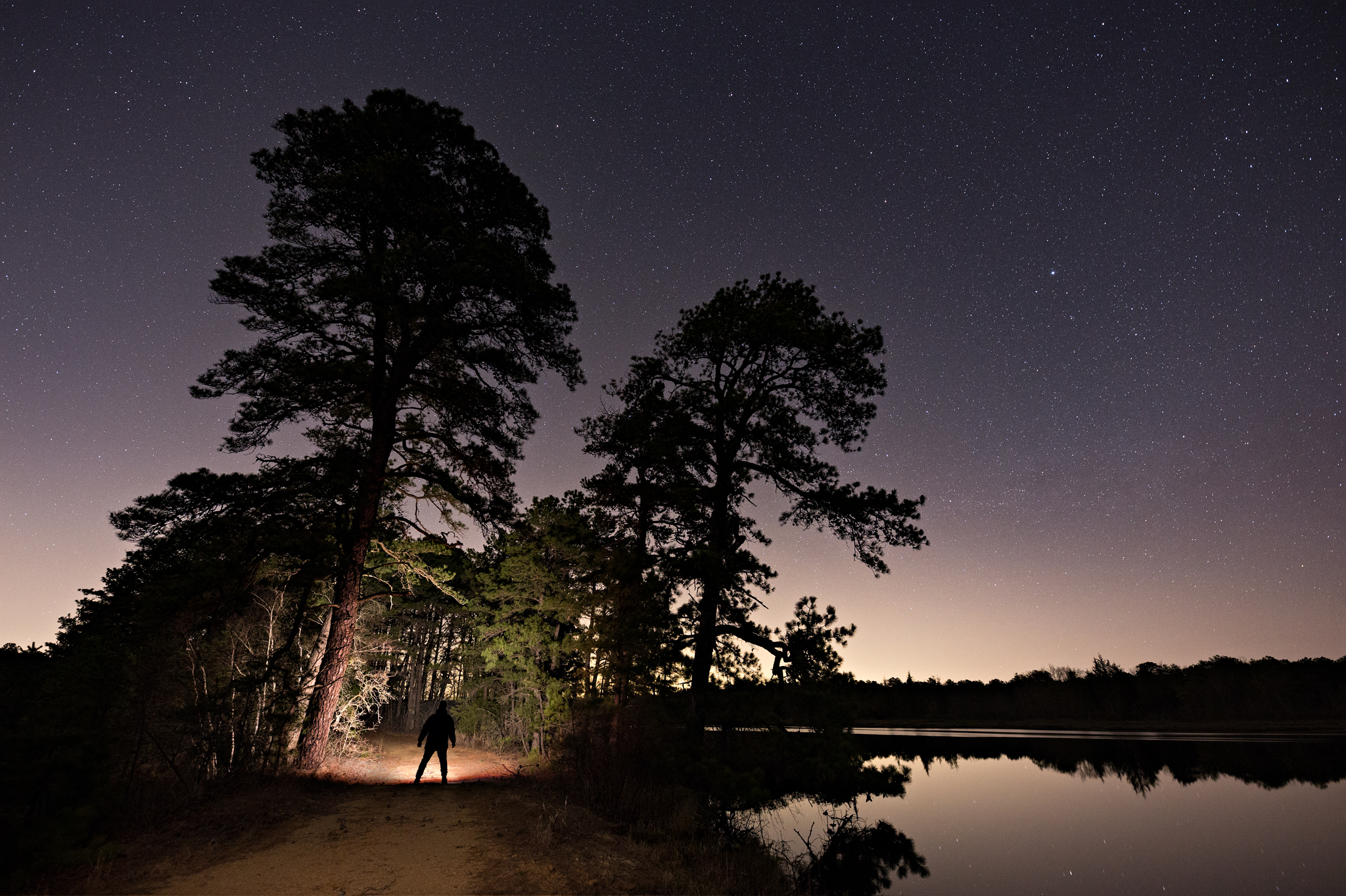 This is a single frame from the star trail.  I love seeing all of the stars in a single shot too, so I had to share.